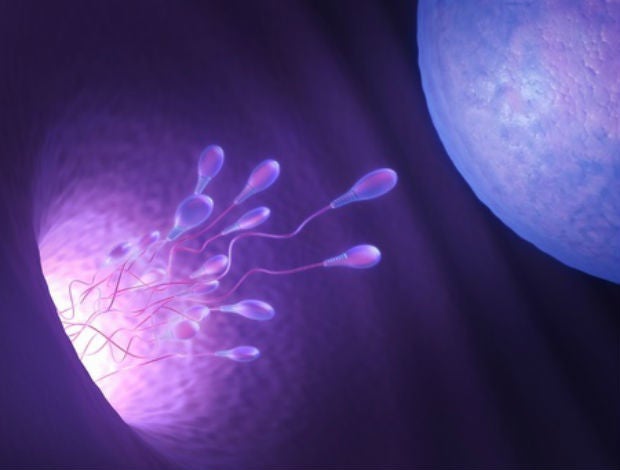 PARIS, France — A Spanish woman whose husband died in France last year won the right Tuesday to use his frozen sperm and continue the in vitro treatment the couple had started before he died.

A French court ruled in favor of Mariana Gonzalez-Gomez-Turri, arguing that applying the law that prohibits post-mortem insemination in France would have “disproportionate consequences”.

READ: Size matters when it comes to sperm dominance | Scientists in Shanghai create mice without use of sperm

France’s refusal to transport the sperm to Spain, where Gomez-Turri now lives, is an “excessive abuse” of her rights, France’s top administrative court said.

Its decisions are final and cannot be appealed.

In its ruling, the court ordered that “all necessary measures” be taken to export the sperm to Spain, where post-mortem insemination is allowed up to a year following death.

The woman’s husband Nicolas Turri, an Italian, died of cancer in July 2015 in Paris where the couple lived at the time, making the case subject to French law.

When he got sick, Turri decided to freeze his sperm in Paris due to the risk of infertility following chemotherapy treatment.

“This is an extraordinary decision that is directly linked to the fact that this is an exceptional case,” Gomez-Turri’s attorney David Simhon told AFP.

“We hope for the sperm’s quick transfer and in the best possible conditions.”

Jean-Pierre Chevallier, another Gomez-Turri attorney, said his client was “extremely happy” and “rejoicing” over the decision.

However, one family member, Turri’s uncle-in-law Martin Pierlot, said he was “disturbed” by the court ruling, without elaborating.

Since his death, Gomez-Turri had unsuccessfully tried to fulfil her late husband’s wishes for a child. Before he died the couple had undergone one IVF treatment, to no avail.

The court said Gomez-Turri’s situation “resulted from the illness and brutal deterioration of her husband’s health”.

It said her husband’s death “prevented the couple from fulfilling their well-reasoned hope to have a child.”

France allows artificial insemination in cases where the man and woman involved are living, of an age to procreate, and able to consent to the insemination process.