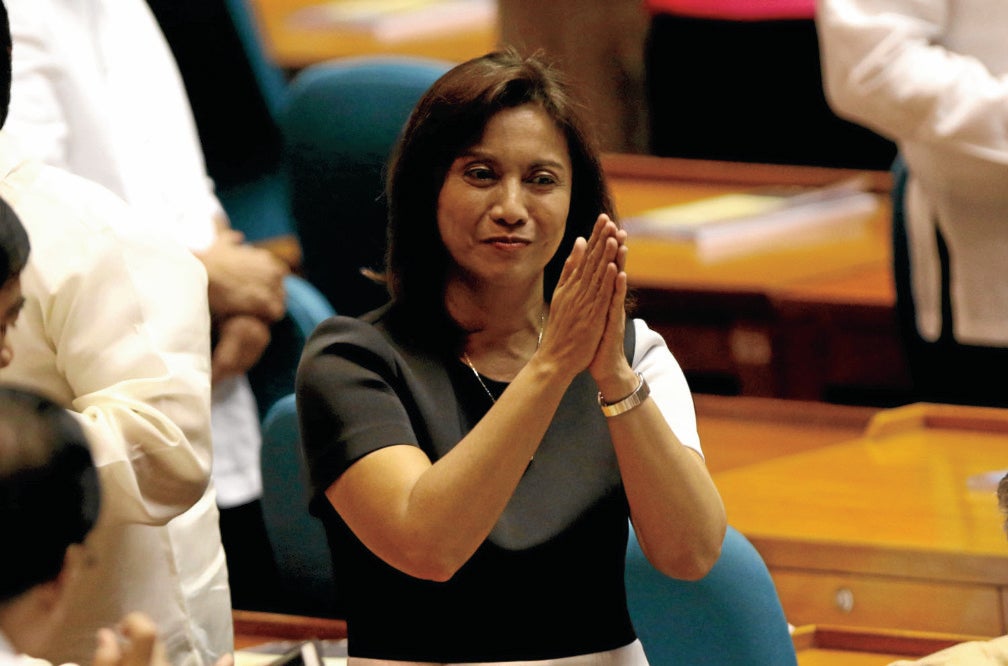 IS FIGHT OVER? Vice President-elect Leni Robredo thanks her peers and supporters after her proclamation on Monday. RICHARD A. REYES

“It just so happened I only have two yellow dresses. I have many yellow T-shirts but clothes that I can wear to the office, I only have two. That’s why when I go to work in Congress… I am dark so I don’t use colors that would make me darker,” Robredo, laughing, said at a press conference.

Yellow is the political color of outgoing President Aquino who handpicked Robredo as the second choice of the Liberal Party (LP) to be its vice presidential candidate, after Sen. Grace Poe decided to seek the presidency.

Robredo said that she would not forget where she was coming from.

Robredo said that she had communicated with Mr. Aquino several times. “He sent me a text message congratulating me after the canvassing was over but we still haven’t really spoken lengthily again,” she said.

She dismissed claims by a whistle-blower that he tampered votes to favor her on orders of the Liberal Party.

“It’s like I started from negative votes,” Robredo said, doing a quick math of the number of votes allegedly involved in the cheating.

Robredo’s supporters packed the gallery and gave her a loud applause and a standing ovation as soon as her hands were raised by Senate President Franklin Drilon and House Speaker Feliciano Belmonte Jr.

Robredo was later joined on stage by daughters Aika, Tricia and Jillian.

Robredo also brought an icebox full of Bicol’s native laing to add to the fare that was prepared for some 150 supporters she treated to lunch at Andaya Hall of the House of Representatives. 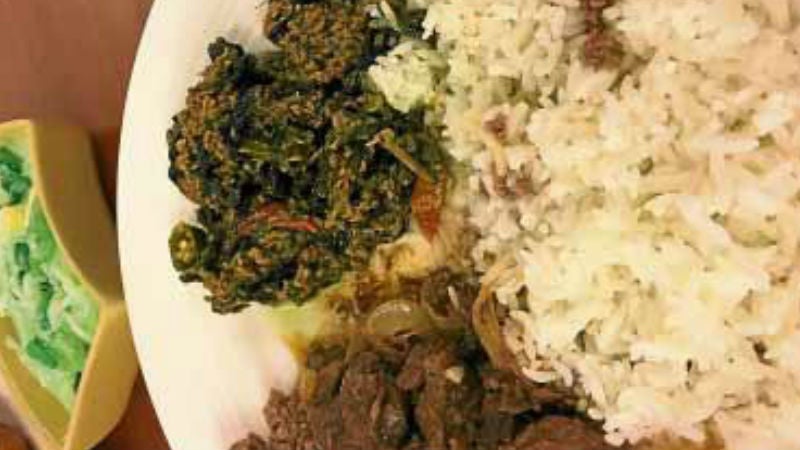 For snacks after the proclamation, there was pansit, puto, orange juice and mamon for her hungry albeit excited supporters.

“Last Friday was really a very emotional moment, not only for me but also for my children because we didn’t expect it but the canvassing was completed on the day of my husband’s birthday,” Robredo said.

Jesse Robredo, her late husband and the real politician in the family, died in 2012 in a plane crash. He was then the interior secretary of President Aquino.

“It was a reminder to us that in this journey, God never left us,” she said.