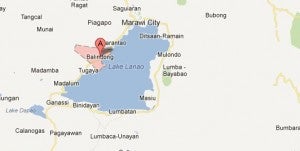 CAGAYAN DE ORO CITY – While the incoming administration of Rodrigo Duterte plans to pursue peace in Mindanao, the outgoing Aquino administration is continuing massive operations against an armed group in Lanao del Sur, leaving at least 24 persons dead and more than a thousand people displaced.

The Autonomous Region in Muslim Mindanao’s Humanitarian Emergency Action and Response Team (ARMM-HEART) said at least 1,200 residents from the town of Butig have left their villages as fighting between state security forces and rebels intensified.

Fearing for their lives, the residents immediately evacuated to the towns of Masiu and Lumbayanague and Marawi City. 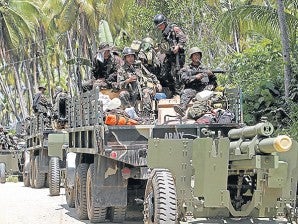 ARMM-HEART said that most of the evacuees sought shelter with relatives.

The regional government is presently mobilizing its emergency responders to document the massive displacement and to provide the needs of the evacuees.

The military claimed that at least two soldiers and 22 rebels were killed in a series of clashes.

At least nine soldiers were also wounded in the firefight that started Thursday.

The armed men, reportedly under the Maute Group, were allegedly involved in the beheading of two kidnapping victims in April.

Tan said government forces were still pursuing the armed group in the area.

He, however, said those involved in criminal acts would have to pay for their deeds.

“Those involved in criminality will have to answer,” Duterte said.  SFM