Sotto echoes Alvarez: Death penalty could be back in a year | Inquirer News
Close
menu
search

Sotto echoes Alvarez: Death penalty could be back in a year 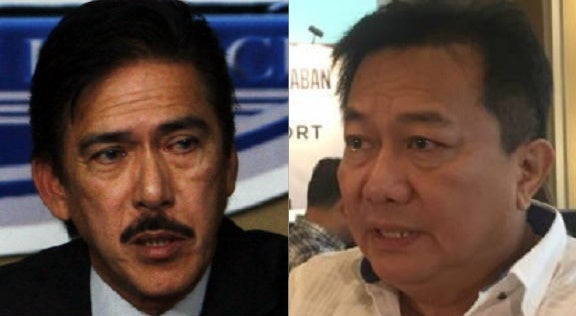 Senator Vicente ‘Tito’ Sotto III (left) agreed with the estimation of Davao del Norte Rep. Pantaleon Alvarez that the death penalty could be restored within a year. INQUIRER FILES

While some of his colleagues are keeping an open mind on the restoration of capital punishment, Senator Vicente “Tito” Vicente III on Thursday said it could happen within a year if it had the support of the President and of congressional leaders.

Davao del Norte Rep. Pantaleon Alvarez, the anointed of presumptive President-elect Rodrigo Duterte for House Speaker, earlier said that the 17th Congress, which opens in July, could pass a proposed measure bringing back the death penalty within a year.

READ: Death penalty back in one year

Asked if the one-year timeline was doable, Sotto, in a text message, said: “It is possible especially if the President and Congress leaders are in favor.”

“I had difficulty passing it in Congress because the leaders then were against,” he added, noting that he had been pushing for the reimposition of the death penalty since the 9th Congress.

But Senate President Franklin Drilon was not sure.

“No one can speak for the Senate at this point. The committees in the Senate in the 17th Congress have not been even organized,” Drilon said in a separate text message.

Asked if he would support the immediate passage of the measure to restore capital punishment, the Senate leader said: “ I will listen to all sides.”

Like Drilon, Sen. Sonny Angara said he would first listen to the arguments for and against the measure.

“I know of a few colleagues who will support that but I’m unsure about the new senators’ stand on such a measure,” Angara said in another text message.

“I will listen carefully to the arguments for and against,” he said.

Angara said Congress should also prioritize measures that would improve law enforcement and the justice system alongside any death penalty proposals./rga