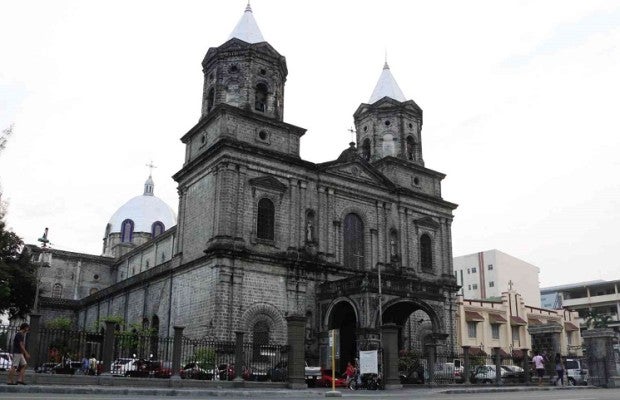 TWENTY-FIVE years after the United States Air Force pulled out from Basetown Asia (Angeles City’s moniker for the former Clark Air Base), Angeles has shown it has retained its pre-American cultural heritage.

The National Museum of the Philippines (NMP) has declared not one but eight important cultural properties (ICPs) in Angeles City, proving there is more to this Pampanga community than its American heritage.

Conferred on May 4, the ICP status was granted to the Holy Rosary Parish and its adjacent Holy Family Academy, the house of city founder Angel Pantaleon de Miranda, the “camalig” (storage) of Juan Nepomuceno, the “deposito” (warehouse) of Pedro Jose Henson, and the houses of Ciriaco de Miranda, Mariano Lacson, Patricia Mercado Gomez Masnou and Rafael Yutuc Sr.

These properties are located in Barangay Sto. Rosario, Santo Cristo and San Jose, which are part of the city’s heritage district as established by an ordinance enacted in September 2015.

The new status of these historic Angeles sites “highlights their significance to the entire world that they are officially recognized as an intrinsic part of the patrimony of the Filipino people and are central to the legacy that the present generation should take special care to steward for the generations to come,” the NMP said.

“They are an acknowledgment of the best of what we have inherited, in order that we may care for it, enrich it further and pass it on in turn,” it said.

Determining the true heritage of Angeles was difficult, said John Montances, city deputy for tourism, when these historic properties were declared as ICPs in formal rites.

A village of the Pampanga capital of San Fernando, Angeles was first known as Kuliat where settlement began in 1796.

Montances said, “The people of Angeles are afflicted with a rare condition of the disease called ‘identity crisis.’ The American influence and proximity to Manila made the people of Angeles bewildered about their individuality. And being tagged as a ‘sin city’ has not helped remedy the situation but instead only increased their lack of pride of place even more.”

The US first developed a grazing ground for cavalry horses after defeating the First Philippine Republic.

Fort Stotsenburg next evolved into an air force camp later named Clark Air Base before World War II, becoming home to the 13th Air Force in the Pacific region. Alongside the base, the flesh trade thrived, creating also an economy catering to the other needs of the base and servicemen.

Montances said it took five years to identify, preserve and promote the tangible and intangible heritage.

Establishing Angeles’ true story has been a collective work, involving the local government, the Barangay Council of Sto. Rosario, heritage and culture advocates like the Kuliat Foundation Inc. and the Pampanga Arts Guild, industry and trade organizations and the San Fernando Archdiocesan Council for Church Heritage.

Prof. Eric Zerrudo of the University of Santo Tomas Center for Conservation of Cultural Property and Environment in the Tropics supervised the cultural mapping.

The Holy Rosary Church, which was patterned after a central European Romanesque design, was built by residents. Finished in 1896, its belfry served as watch tower for the Filipino revolutionaries in 1898-1899. The church became a military hospital in 1899-1904, and a motor pool and horse stable of the Japanese army in the 1940s. The remains of the founder and his wife, Rosalia de Jesus, are buried at the sides of the altar.

The adjoining structure was a convent that Augustinian nuns turned into the Colegio de la Sagrada Familia. Unable to speak

English, they were replaced by German Benedictine nuns who renamed it Holy Family Academy in 1922.

Because the church and school are the center of the heritage district, the Angeles Electric Corp. removed the electric wires that dangled over the facade and the church soon became one of the most photographed structures in the city.

The house of Angel Pantaleon de Miranda, built in 1824, is considered the oldest house in the city. Its camalig has been reused as a restaurant since 1980.

The house of Don Ciriaco de Miranda, built in 1840, was owned by the founder’s son who became the first mayor of Angeles in 1829. The local precursor of Red Cross was convened in this house by Hilaria del Rosario Aguinaldo, wife of President Emilio Aguinaldo.

The Jose Pedro Henson warehouse, built in 1899, was where the clan stored religious floats and statues. The US Army used it as a prison in the 1940s, before it served as the town’s post office in the 1960s and a rehabilitation center in the 1980s. It is now a prayer room for Catholics.

Designed by architect Fernando Hizon Ocampo in the 1930s, the Mariano Lacson house was used as a garrison by the Japanese army and as a house by the Americans. It became a hospital, later a school.

The house of Patricia Mercado was built in 1860 at the instance of Augustinian priest Guillermo Gomez Masnou, then the parish priest of Angeles. He left the property to Mercado with whom he had six children. Jose Paras bought the house in 1986, preserving it and reusing portions for commercial purposes.

The house of Rafael Yutuc Sr., completed in 1923, is considered “beautiful.” It became the subject of a painting by Juan Luna.