What happened to ‘bright, young’ people in Duterte’s Cabinet? 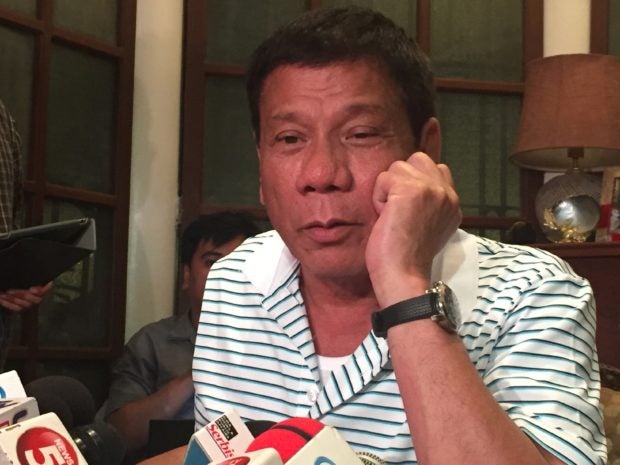 DAVAO CITY—Wondering where the “bright and young” people are in the Cabinet of presumptive President-elect Rodrigo Duterte? If Duterte is to be believed, they might have been turned off by the low salary in the government.

In a late-night press conference on Monday, Duterte said that he approached them first as his Cabinet nominees.

(They didn’t want it because there’s no pay. They asked me, Mayor how much is the salary?)

In the same press conference, Duterte was also noncommittal in appointing women members in his official family.

“Baka merong babae. Baka wala. (There may be a woman. There might not be one.) I am still trying to figure out kung sinu-sino,” he said.

The incoming President admitted that he is having difficulty choosing people for Cabinet posts, saying that every decision that he made so far was his own.

Fresh from their electoral victory, Duterte’s transition team announced that they want to pattern his Cabinet to that of the Cabinet of Canadian Prime Minister Justin Trudeau which has been extolled for its diversity and giving posts to a number of female officials.

The incoming President said that most of his appointments will become final by the second week of June. JE