Tanauan City Mayor Antonio Halili is at it again.

Halili is not only continuing his “shame campaign” against drugs, he has also repackaged it into what is now called “Flores de Pusher,” based on the annual “Flores de Mayo” festivities.

The city’s official Facebook page even posted on Monday a video and photos of the event, which featured 11 suspected drug pushers being paraded around Tanauan with the words “Ako’y pusher wag tularan (I am a drug pusher, do not follow my example)” on their shirts.

It said Halili repeatedly told the 11 suspects to stop selling drugs. They were placed under close surveillance and were eventually caught with drug paraphernalia.

Last week, Halili told Radyo Inquirer 990AM that his “shame campaign” is effective and that the Commission on Human Rights is wrong in questioning his crusade.

(Those in the CHR, I cannot blame you because that is your job but don’t blame me for doing my job and fixing my town.)

The video shows the men disembarking a jeepney before being forced to walk around the city, escorted by men carrying wooden arcs with the words “Flores de Pusher.”

The city’s official Facebook Page also shared photos from the event and of the confiscated drug paraphernalia. 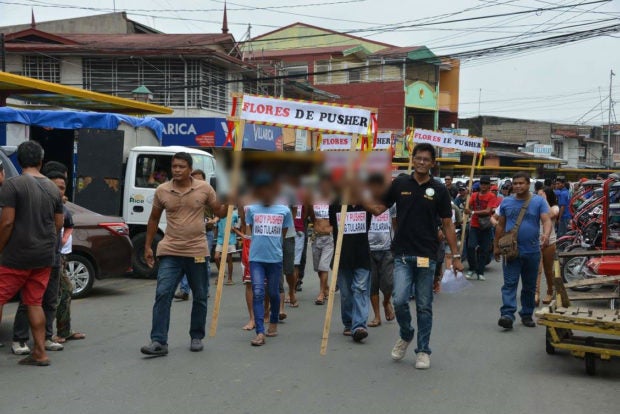 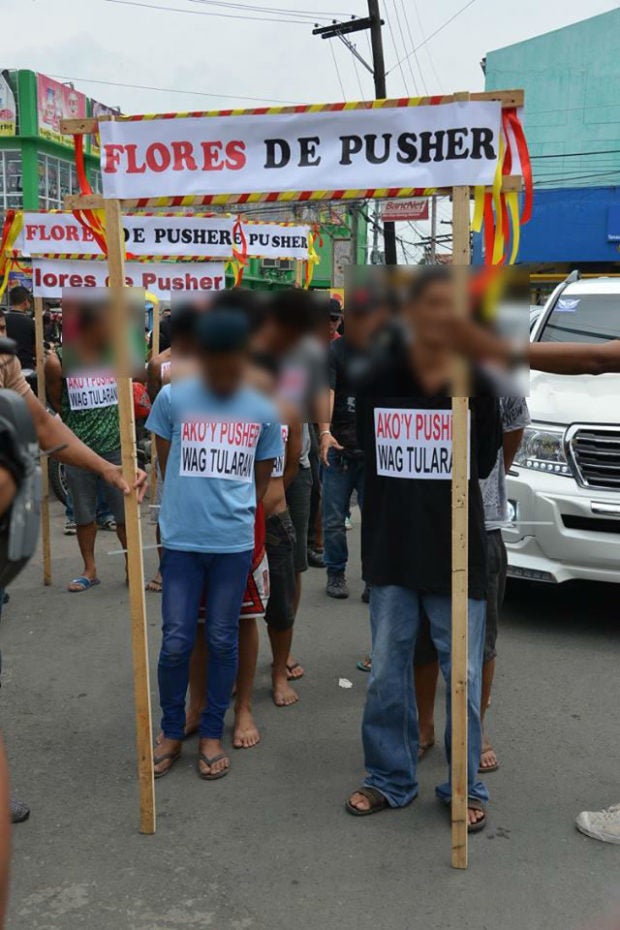 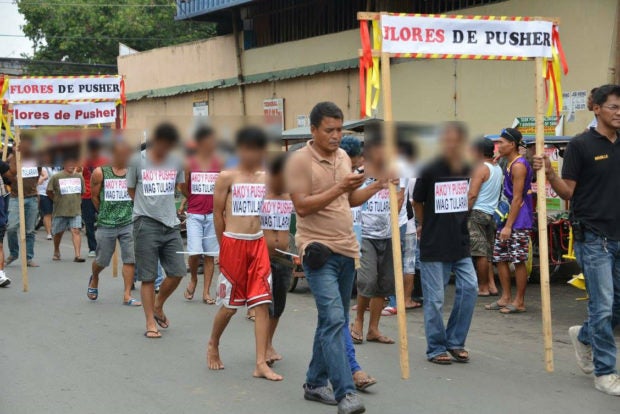