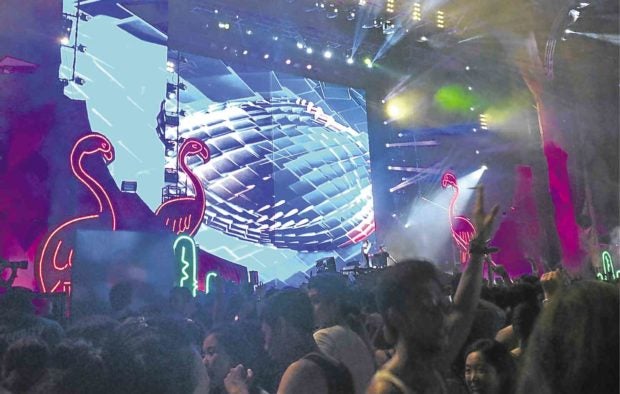 TWO of the victims that attended the Closeup Forever Summer Concert during the weekend died of massive heart attack, the National Bureau of Investigation (NBI) said Monday.

NBI has conducted an autopsy on two of the five victims—Lance Garcia, 36, and Bianca Fontejon, 18.

She added that they are still completing their examination on submitted specimens to determine if the victims have taken illegal drugs,  noting that there are indications in the victims’ blood.

The NBI’s Anti-Illegal Drugs Division and the Death Investigation Division are conducting a parallel investigation on the incident.

Meanwhile,  a source who asked for anonymity, citing the lack of authority to speak to media, said that some of the victims may have taken a mixture of drugs, one of them ecstasy.

This was also one of the angles being explored by the Department of Health.

“We are actually waiting for samples to be submitted to us for testing,” Health Secretary Janette Garin told reporters in an interview on Monday.

But she doubted whether there would be enough samples
—like a cup of the drink the victims allegedly consumed before their death—to make a toxicology test conclusive.

“We are also asking for the comprehensive description of each case,” Garin said.

There were reports on social media that the five died after ingesting drug-laced drinks but the police said it was too early to jump to this conclusion. Other angles being checked out were heat stroke, considering that the venue was packed, or dehydration.

Garin, however, said that the symptoms exhibited by the victims before death, including difficulty in breathing, palpitations, loss of consciousness and heart attack, were more indicative of the use of dangerous substances than heat stroke.

“There is a possibility of use of illegal drugs because these are really the effects of such. Patients [develop] palpitations, they can hyperventilate or they can have difficulty breathing until they turn blue. Others have spasms,” she added.

In the wake of the incident, Garin reminded young people to exercise extreme caution when partying and to refuse drinks from strangers. “Be sure that you are safe with your friends and that you are not taking in something that is spiked [with dangerous substances],” she said.

Meanwhile, the Philippine National Police clarified that its men are usually tasked to guard the perimeters or the outside areas of privately organized concerts and similar events.

“Most of the time, that’s the agreement with organizers: that perimeter security is with the PNP and that they would have their own event security,” PNP spokesperson Chief Supt. Wilben Mayor said in a press briefing on Monday at the PNP headquarters in Camp Crame, Quezon City.

The five victims, who did not appear to know each other, collapsed during the “CloseUp Forever Summer” outdoor concert held at the SM Mall of Asia grounds on Saturday night. They were found in different areas of the venue and taken to the hospital where they passed away the following day.