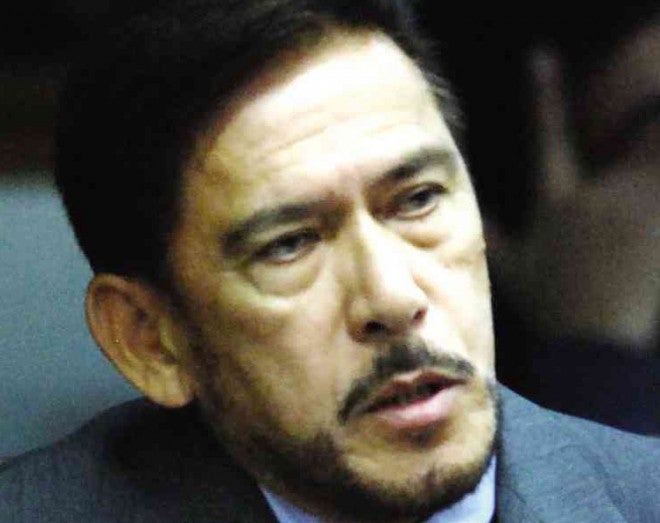 SEN. VICENTE Sotto III is vying for the Senate presidency in the incoming 17th Congress and so far he has the votes of nine senators, including himself, four votes shy of the 13 needed to win.

Pimentel is president of PDP-Laban, under whose banner presumptive President-elect Rodrigo Duterte ran in the May 9 election. Cayetano was Duterte’s vice presidential running mate.

Going by the membership of the Liberal Party (LP), Drilon, its vice chair, could count on the support of six members—Senate President Pro Tempore Ralph Recto and Sen. Bam Aquino, as well as newly proclaimed Leila de Lima, Risa Hontiveros and Joel Villanueva.

So far, it looks like Sotto has the numbers.

In a phone interview, Sotto declined to name his supporters. While he has nine votes so far, he said he was talking to two more senators.

“They thought of fielding me because they do not want the Senate leadership to be polarized,” he said.

A Drilon or LP leadership was polarizing since the perception was that the Liberal Party was opposed to Duterte, according to Sotto.