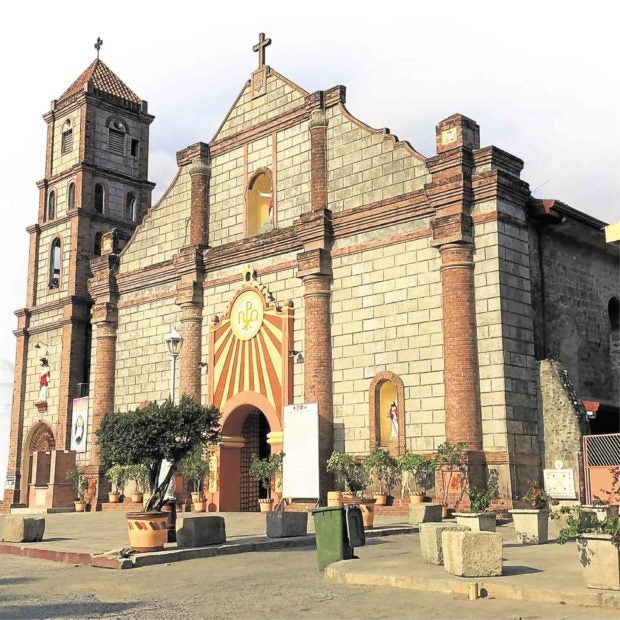 THE BELL that used to ring in this church in Bauang town, La Union province, was taken as a war trophy by Americans during the Filipino-American war in 1901. The bell is returning to its home but will have to be displayed outside the church as the bell is expected to be too heavy for the church belfry. YOLANDA SOTELO/INQUIRER NORTHERN LUZON

CITY OF SAN FERNANDO—The bell, which US soldiers took from the Bauang church as a war trophy during the Filipino-American war in 1901, arrived on Thursday and would be shipped to La Union province this week, according to the American who helped secure its return.

The United States Military Academy (USMA) at West Point in New York shipped the bell back to the Philippines at the request of the Bauang parish priest.

Bauang town is preparing to welcome the bell with a Mass and a festive program on May 23.

Wright said the bell was delivered via a commercial courier to the Clark Special Economic Zone on Thursday. Wright operates a consultancy firm there.

Samuel Bautista, an aide of Customs Commissioner Alberto Lina, said the bell was cleared for transport after the Bureau of Customs waived the shipment’s duties and taxes.

It was consigned to lawyer Arthur Tugade, former president of Clark Development Corp. and Duterte’s choice for transportation and communication secretary.

Wright had visited Bauang to inquire about the bell’s origins and helped the town’s parish priest, Fr. Raymund Chan, communicate with the USMA.

The academy offered to return the 400.5-kilogram bell to its hometown and had rung it for the last time on April 29 in a send-off ceremony outside the Most Holy Trinity Catholic Chapel inside the military campus.

In an earlier interview, Chan said he wrote Lt. Gen. Robert Caslen Jr., the academy superintendent, on Nov. 19, 2015. Caslen wrote back: “While we have been honored to guard and display this bell for the past several decades, we would be glad to return it to its rightful home.” Tonette Orejas, Inquirer Central Luzon, with a report from Yolanda Sotelo, Inquirer Northern Luzon