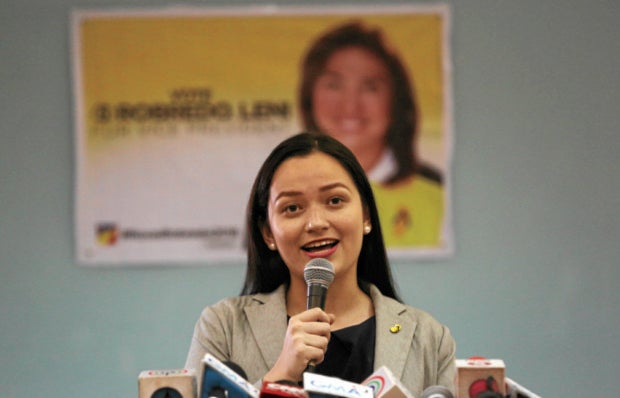 The camp of vice presidential candidate Camarines Sur Rep. Ma. Leonor “Leni” Robredo urged her detractors to stop conditioning the minds of the public that a sabotage happened in the recently concluded elections.

(We think that those malicious statements aim to condition the minds [of the public] so they would have doubts on the elections.)

Mata sa Balota Movement, an election watchdog movement, on Wednesday filed electoral sabotage charges against Smartmatic and the head of the Parish Pastoral Council for Responsible Voting (PPCRV) over the changing of hash code in the transparency server after the May 9 national polls.

The group, however, failed to present any evidence that the votes have been tampered.

The Commission on Elections (Comelec) and the Smartmatic have repeatedly assured the public that although changing the “?” in the names of candidates with “ñ” in the script was merely a cosmetic change, it did not affect the results of the unofficial tally of votes, especially that of the vice presidential candidates.

Echoing the statements of former senior government officials she did not name, Hernandez said allegations of electoral sabotage “opens the door for using candidates to protest closely-contested elections.”

Hernandez reiterated that even local and international observers have concluded that no cheating happened and that the election process went smoothly.

Asked if Robredo’s camp thinks it was her closest rival Senator Ferdinand “Bongbong” Marcos Jr. who was behind the move, Hernandez said they would rather not blame it on anyone but she called on Robredo’s critics to be responsible of their actions as these would eventually cause divide in the next administration.

(We want to unite the severed ties and the entire country. So I hope that people would stop the allegations of electoral sabotage because we want to have unity in our country.)

As of latest, the partial and unofficial vote count showed that Robredo is still leading by 262,429 votes over Marcos. RAM