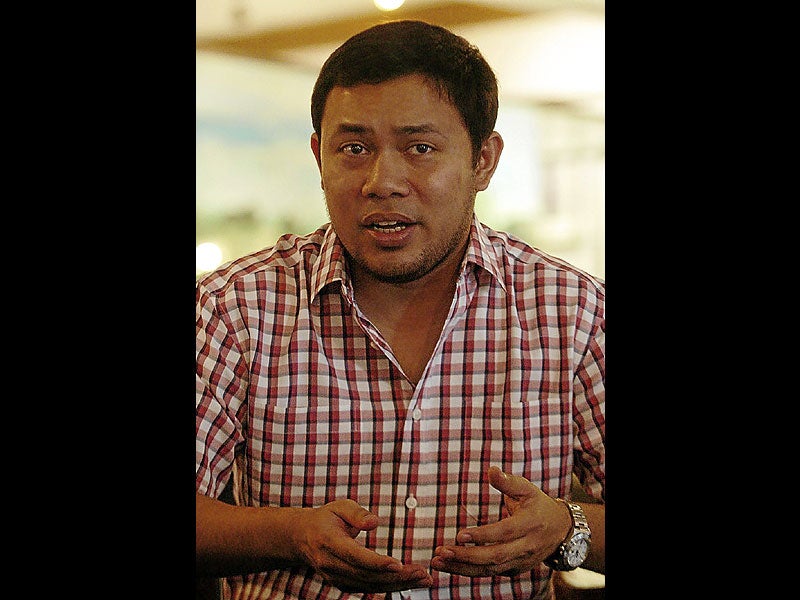 Reelected Las Pinas Rep. Mark Villar on Tuesday said he has accepted the offer of presumptive President Rodrigo Duterte to be his public works secretary.

In a statement, Villar, the son of former Speaker, senator and housing magnate Manuel “Manny” Villar Jr., said he has accepted the offer after consulting with his family.

“I confirm that presumptive President Rody Duterte asked me to be his DPWH (Department of Public Works and Highways) Secretary and after consulting with my family and constituents, I have decided to humbly accept his offer,” Villar said.

Rep. Villar initially wanted to run for the Senate but backed out and instead sought reelection in the May 9 elections.

READ: Rep. Villar drops out of Senate run, will seek re-election instead

With the offer to become public works secretary, Villar will ask for a substitute to take his place in the congressional district.

Villar and Duterte met on Monday night in Davao City when the mayor offered him the post.

Duterte’s running mate Alan Peter Cayetano, who  lost as vice president, is a member of the Nacionalista Party (NP).

Before his stint in Congress, Rep. Villar served as president of Crown Asia Corp.

His father was embroiled in the C-5 South Extension controversy that derailed the latter’s presidential candidacy in the 2010 elections.

Sen. Villar was accused of conflict of interest when he inserted in the General Appropriations Act some additional P200 million in the DPWH budget for the C-5 extension which would pass through some of his real estate properties, thereby increasing the value of his real estate business.

Meanwhile, Senator Cynthia Villar confirmed that Duterte had offered the post to her son when the NP signed a coalition agreement with PDP-Laban in Davao Monday.

NP is headed by the senator’s husband, while PDP-Laban is now  chaired by Duterte.

Asked if her son had accepted the offer, Mrs. Villar said: “Yes. Kinausap nya (Duterte) si Mark kahapon and then ina-announced nya after talking to Mark.”

(Yes. Duterte talked to Mark yesterday and then he announced it after talking to him.)

The lady senator said they were still discussing if a special election would be held to replace her son, who just won his reelection bid.

She immediately dispelled apprehensions that her son’s appointment at the helm of DPWH could benefit the family’s real estate businesses.

The lady senator likewise dismissed speculation that her son’s appointment was in exchange for the NP’s support for Duterte.

“Even without that, we will still be supportive…” she added. RAM/rga