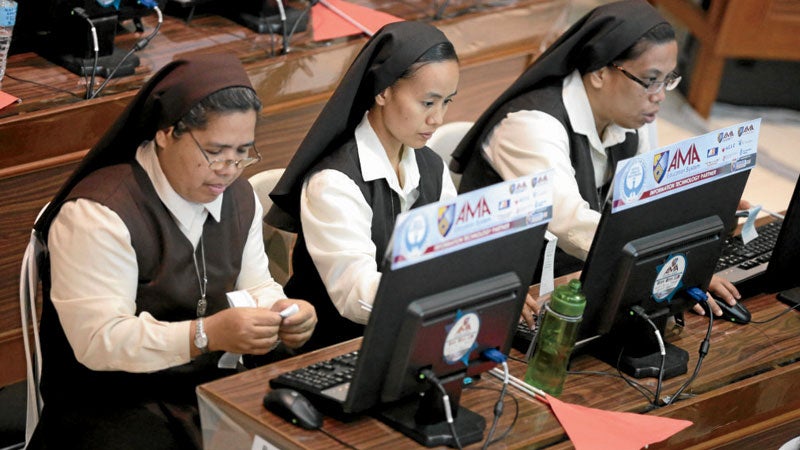 IT WILL take an Edward Snowden—the American with an acute sense of patriotism, or perfidy, depending on how you look at him—to unravel the mystery of the “glitch” on the evening of the May 9 elections.

Snowden, a computer professional, stole classified information from the National Security Agency (NSA) that purportedly detailed the extent of the invasion of American privacy and numerous global surveillance systems in the aftermath of 9/11.

He has taken asylum in Russia after his 2013 heist. The likes of this whistle-blower, however, is unlikely to emerge in the Philippines’ transactional politics circumstance to make sense of what happened in the elections last week.

Marcos is locked in a tight contest with Robredo, touted as a sort of a Joan of Arc by Malacañang that has pulled all stops to thwart the attempt by the namesake son of the late Philippine dictator to gain the position that is a heartbeat away from the presidency.

That the younger Marcos reached this stage of the contest speaks tons about the disaffection with the Aquino administration and gives substance to The New York Times suggestion of a yearning among Filipinos for the martial law years.

Marcos and other commentators say that Robredo, a Camarines Sur representative, is Mr. Aquino’s Plan B in the event the 71-year-old Duterte is unable—by divine or political intervention, like impeachment—to complete his term and thus defuse any attempt to prosecute Mr. Aquino for alleged irregularities in the allocation of pork barrel funds, which the Supreme Court has declared unconstitutional, among other accusations.

Suspicion of fraud in the transmission of election returns was sparked by an observation a few hours after the voting closed and counting began.

An observer saw the presence of question marks on  names where there was the ñ character, a tilde or squiggle on the keyboard.

This prompted Smartmatic to introduce a new script in the transparency server to correct the purported problem, after which, according to the Marcos camp, his numbers changed dramatically.

Officials deny any shenanigans and at last count, Robredo leads by over 200,000 votes.

Chair Andres Bautista of the Commission on Elections (Comelec) confirmed the alteration but called it “cosmetic.”

She called for an investigation of the Venezuela-based Smartmatic, which provided the technology used in the past three elections. The company admitted making the change in the hash code to correct the error without informing the Comelec en banc in violation of its contract.

“Smartmatic, in my opinion, has breached our protocol and for that they should be held liable,”  Guanzon said.

“They could have explained the problem and the solution, and if these were acceptable to us, then we would have given the permission to do the change,” she added.

Smartmatic officials and personnel have been barred from the Philippine International Convention Center where the official canvassing of votes is being held.

It is unlikely that fraud, if it indeed happened, could be proven in the country’s current milieu, despite plausible explanations of how it could have been done.

Senatorial candidate Raffy Alunan, in his Facebook account at the weekend, offered an explanation, purportedly from IT experts working overseas, of potential fraud.

Alunan suggested how fraud could have been committed through the precinct count optical system (PCOS) and the vote-counting machines (VCM).

He used a classic “spoofing attack” in which the identity of a system (in this case a VCM) is compromised, and is impersonated by one with malicious data, a private computer expert who analyzed the claim told the Inquirer.

“The report (of the experts) says PCOS/VCM used MD5 hash… you can easily decrypt it, it’s still impossible for you to grab and extrude it, unless you have a direct access to the system,” said the computer expert.

“Firewalls … and all other security perimeters are in place. The only one who can do it is someone who really knows his way around the stem or someone who has an inside knowledge on how to access the system,” the expert said.

“It seems the transmission between the server and the PCOS/VCM has been breached. The actual VCM, that has a unique MD5 hash key connecting to the server, has been replaced with an unknown VCM. This unknown VCM has a different data but has a file with the same filename used on the application database in the server. Since this VCM is a different machine, a unique MD5 hash key algorithm will be used,” he added.

In the 2014 docudrama film “Citizenfour” (the code name of Snowden), the whistle-blower leaks the information he had stolen from the NSA and feeds it to a film documentarist who had been monitoring programs the US government had undertaken in the wake of 9/11.

Snowden was angered by the invasion of American privacy. But his feat is unlikely to be replicated in this nation in its current culture.

There’s no one to expose the whole sordid mess, if indeed there was, unless a whistle-blower from Smartmatic and Comelec comes forward.