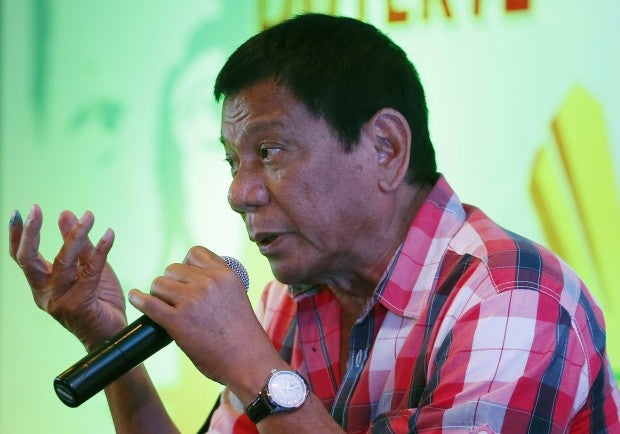 The Catholic Bishops’ Conference of the Philippines (CBCP) on Friday said it is open to a Constitutional Convention (Con-Con) amid plans of presumptive President-elect Rodrigo Duterte to amend the Philippine Constitution.

Bishop Emeritus Teodoro Bacani of the Diocese of Novaliches explained that a Con-Con can reflect the views of the people.

(The Church does not oppose a Constitutional Convention, we are open to it and what we are countering is a constitutional change through Congress where the lawmakers themselves decide on issues.)

After baring Duterte’s 8-point economic plan, the Duterte camp said the Constitution will have to be amended to lift laws that restrict foreign investments.

Last year, Duterte also said that he prefers Con-Con instead of a constitutional assembly if there will be a shift from a unitary to a federal form of government.

In the Philippines, there are three methods to amend the Constitution: Con-Con, Constituent Assembly (Con-Ass) and People’s Initiative. Con-Con involves electing representatives through a special election. The resulting amendment must then be ratified by voters.

Bacani, chairman of the CBCP Committee on Public Affairs, said the Con-Con should include representatives from different sectors of society.

(If we will have representatives of the people we will not object because the Constitution, as they say, is a document that has its own life. We should adapt to the changing times and if we see provisions that are not helpful or less helpful, we should change it even through constitutional means.)