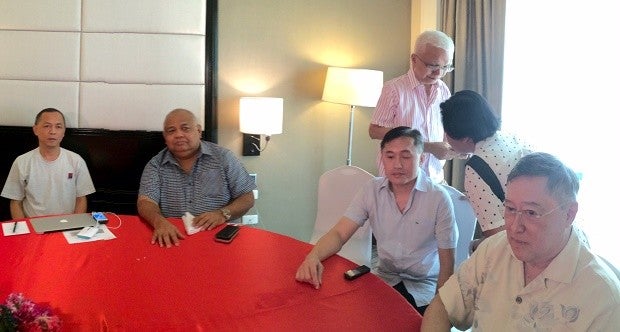 DAVAO CITY—Presumptive President Rodrigo Duterte wants to change the Constitution to lift restrictive foreign investment laws as part of his eight-point economic plan to boost the economy, a senior aide said on Thursday.

He also plans to spend more to address crumbling infrastructure and make it easier to do business overall, Carlos “Sonny” Dominguez, widely tipped to secure a Cabinet post, told reporters.

“We will ensure the attractiveness of the Philippines to foreign direct investment by addressing the restrictive economic provisions of the constitution,” said Dominguez, a member of Duterte’s transition team.

Broad goals of Duterte’s economic strategy was unveiled three days after the longtime mayor of the southern city of Davao won a landslide victory. He is due to be sworn into office on June 30.

Despite strong economic growth during President Aquino’s six-year term, one of Asia’s worst rich-poor divides did not improve and one in four Filipinos still live on P50 a day or less.

Critics say part of the problem was inadequate investment and job creation, partly due to foreign investment restrictions in the Philippine Constitution.

Foreign entities cannot own more than 40 percent equity in certain businesses, including those requiring franchises granted by Congress, such as aviation and telecommunications.

Some economic sectors are outrightly off limits to foreign investment, including most retail activities, broadcasting, domestic shipping and pharmaceuticals.

Foreigners also may not own land though they can enter into long-term leases.

Dominguez said the proposed changes would be done by a constitutional convention to be called by Duterte. However he gave no timetable nor provide specifics.

Dominguez, a wealthy businessman based in Davao, said infrastructure spending would rise to 5.0 percent of total economic output, compared with a 2.3 percent average in the past 30 years.

The pledge would address monstrous traffic jams, crumbling rail systems and poor telephone and Internet services that, along with his hardline anticrime position, drove the Duterte election campaign.

Global credit rating outfit Standard and Poor’s warned last month that poor infrastructure could cloud the Philippines’ efforts to raise to $3,000 the average annual income for every Filipino next year.

Dominguez also said Duterte would make doing business in the country a simpler proposition like in Davao, where licenses “are given in the shortest possible time.”

He said the government would also revise the income tax rate to bring relief to employees earning half a million pesos a year or less.

Those earning that amount or more are taxed 32 percent.

Arroyo and picked up by Mr. Aquino would be expanded, Dominguez said.

About 4.3 million poor households now receive monthly cash grants of up to P1,400 to encourage them to keep children in school and help pregnant women receive proper medical care.

Dominguez also noted the investors’ bullish confidence over the election results even as he bared an eight-point economic agenda of the new administration.

Dominguez said the increase in the value and volume being traded on the stock market following Duterte’s election only showed the investors’ confidence.

“We are very encouraged by the reaction of the stock market on the election of President Duterte,” he said.

“In the last three days, the stock market rose in value by 5 percent, its volume reached P13 billion, which doubled the normal volume in the last couple of months on the daily basis,” Dominguez said.

“The peso has strengthened and the increase in net foreign buying was almost record high of P1.9 billion, which only shows that the investor community is very bullish about the elections, how it was conducted and over the election of Duterte as President,” he added.

He said Duterte would initiate reforms in the Bureau of Internal Revenue and the Bureau of Customs which would be complemented by reforms within the bureaucracy of these tax collecting agencies. With reports from AFP and Germelina Lacorte, Inquirer Mindanao