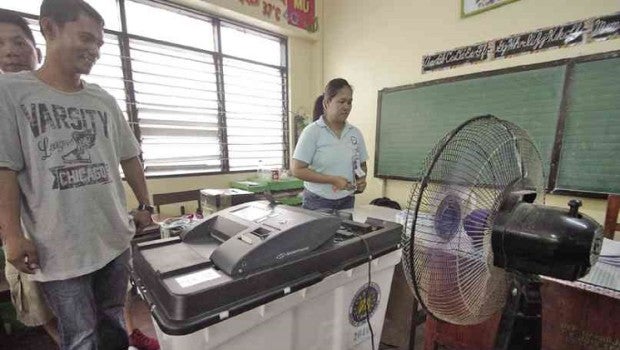 BAGUIO CITY—More winning candidates in central and northern Luzon were proclaimed on Tuesday night and Wednesday, but glitches in the transmission of official results had delayed their completion.

In Cagayan, technicians realized that the database they were using had not been emptied, so results of three towns there turned out to be from the mock elections held on Feb. 28 when the machines were tested.

The Tarlac board of canvassers (BOC) also proclaimed Governor-elect Susan Yap, Vice Governor Carlito David and members of the provincial board.

In Pangasinan province, the BOC on Wednesday proclaimed Board Member Amado Espino III, son of Gov. Amado Espino Jr., as governor-elect, despite the absence of certificates of canvass (COC) from the towns of San Fabian and Aguilar.

It also proclaimed Christopher de Venecia as elected representative of the fourth district. He is the son of former Speaker Jose de Venecia and outgoing Rep. Gina de Venecia.

In Ilocos Norte, the proclamation of some winning candidates has been delayed but the municipal BOC has proclaimed 21 new mayors.