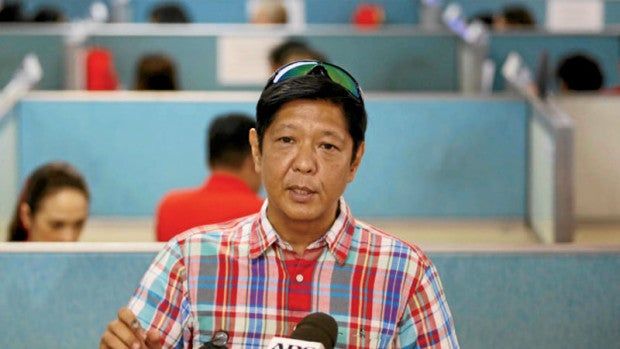 That was the challenge of an official of the Commission on Elections (Comelec) on Wednesday to the camp of Senator Ferdinand “Bongbong” Marcos Jr. when asked on her reaction on the request of the Marcos camp to suspend the unofficial vote count being conducted by the poll body and the Parish Pastoral Council for Responsible Voting (PPCRV).

In an interview, Comelec commissioner Rowena Guanzon said that while the request of the Marcos camp is allowed under Republic Act 8436 or the Automated Election Law, she does not see any reason to suspend the unofficial tally—unless they could show proof of bad faith and inaccuracy.

The purpose of the unofficial count, Guanzon said, is to promote transparency in the electoral process.

“We have to be transparent to the people kung ano na ‘yung status na ng botohan (about the status of the voting). Kasi kung itatago naman po natin, marami naman po ang magdududa. Baka [sabihin], may magic (If we conceal it, then many would have doubts. They might say there’s “magic” involved),” she said.

She also said that the poll watchdogs, such as the PPCRV, are mandated to inform the public on the conduct of the elections.

(The independent observers, they are the official election vanguards like Namfrel and PPCRV, they also have the right to inform the public on the status of the elections.)

Comelec chairman Andres Bautista confirmed that the en banc has not yet received a formal complaint from the Marcos camp.

“We have not formally received any request,” Bautista told reporters in a separate interview.

The camp of the senator said that they are requesting for the suspension of the unofficial tally so as not to sow “confusion and conflict” with the official poll results.

“The unofficial count was designed not to be completed to avoid the possibility of confusion and conflict with the official one. There is no reason for this not to be the norm this time around,” Marcos’ campaign manager Rep. Jonathan dela Cruz said.

Marcos is currently neck and neck with vice presidential race front-runner Maria Leonor Robredo who is leading with more than 200,000 votes. CDG