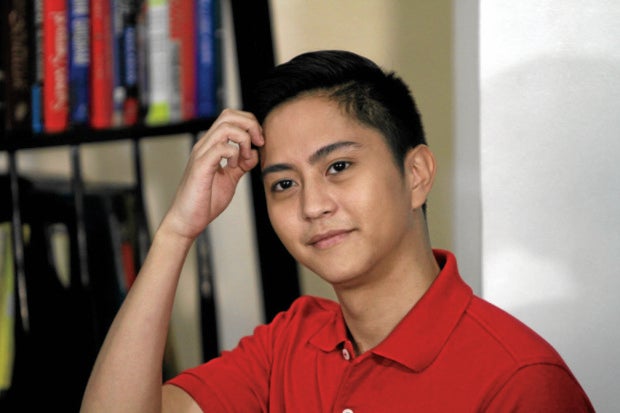 It was an honest error.

After initially denying that nothing went wrong while casting his vote, the son of vice presidential candidate Sen. Ferdinand “Bongbong” Marcos Jr. on Tuesday admitted that he shaded two circles for president in his ballot.

“Yes, I shaded 2 presidents, it was an honest error on my part. I was a first time voter and extremely nervous,” Sandro Marcos said on his Facebook page.

“I voted for (Davao City Mayor Rodrigo) Duterte as president, and saw the number 4 right after, so (I) shaded that as it was my dad’s number. I ended up shading Poe’s name instead of my dad’s, so my presidential vote didn’t count,” he said.

On Monday, while he was filling out his ballot for the 2016 elections, he stood up and asked one of the board of election inspectors for a new one but he was declined.

He later told reporters that everything went fine and denied he had any problems while voting.

“Once again, it was an error on my part, and I think people need to relax a little bit, we all make errors now and then. At least my VP vote was right,” he said.

In the same post, the younger Marcos apologized for accusing the administration of cheating as the number of vote counts for president and vice president did not match.

“It was done out of anger and frustration against the electoral process,” he said.

On his Twitter account on Monday night, Marcos posted: “Also the total votes for President are not the same total for the Vice President. What the hell #DayaangMatuwid.”

The tweet was later taken down but he refused to admit that it was deleted. Instead, he said it was taken down as somebody reported it to Twitter officials.

“I apologised on Twitter and am apologizing here for saying something so stupid. I know when I make mistakes and am more than happy to admit it. I was not initiating a personal attack, unlike those who responded,” he said.

Read Next
Sara not interested in being First Lady to ‘President Duterte’
EDITORS' PICK
Step up your vlog game with vivo’s newest smartphone
DOH reports 618 Omicron cases; stealth sub-lineage found as early as Dec. 31
Rise to perfection: Spot on tiles for your stair risers
2021 PH GDP grew by 5.6 percent, slightly above target
Upgrade the way you clean with ROIDMI’s vacuum cleaners
Pacquiao says he is knowledgable to run for president
MOST READ
‘I can’t take that sitting down!’ Sotto defends Lacson after Robredo comment
Paolo Bediones to face court battle versus disgruntled staff and crew
Telcos, IT industry offer highest entry-level pay – JobStreet
Robredo slams Bongbong, rivals in Boy Abunda’s interview
Don't miss out on the latest news and information.