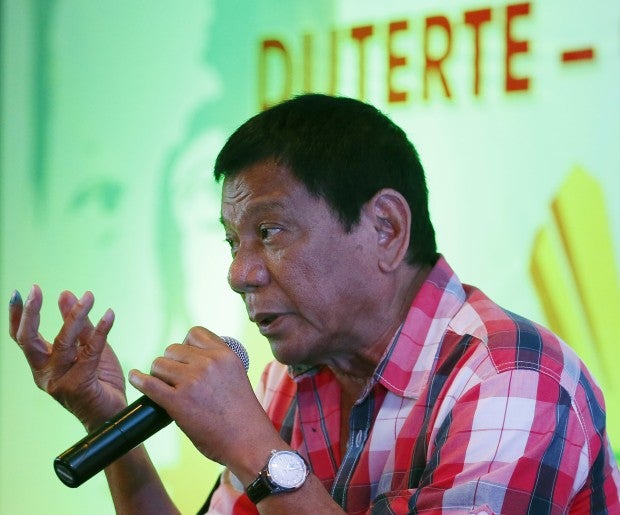 During his interview at the late-night show of Pastor Apollo Quiboloy, Duterte cited the importance of truthful  reporting and lamented how some media units picked-up  “garbage” news thrown at him without verifying.

“It was really wrong for them to adapt, it’s not even a yellow journalism, it’s [garbage]. They could have checked, they could have checked. That is the moral responsibility of publishers of newspapers. You have to check. Do not print garbage that are given to you for the sake of sensationalism,” Duterte said.

He also hit a television network for supposedly slanting its news  against him and even allowing the airing of a negative television ad against him.

“They might pretend to take the moral stand but they don’t,” he added.

The tough-talking mayor said some media groups “pretend to be the moral torch of the country.”

Asked about the state of press freedom during his administration, he said “it will be expanded.”

But he aired his lamentations on some members of the media.

“My lamentation is that some people are abusive of their right. Para bang wala nang limit sa kanila (it’s as if they have to limitations) to destroy just because it is election time. Kung gusto nila ganun okay lang yun (If they want it that way, then that’s okay) but I would like to remind them that it is not good,” Duterte said. CDG/rga