Youngest daughter to Poe: Are you okay, mom? I’m proud of you 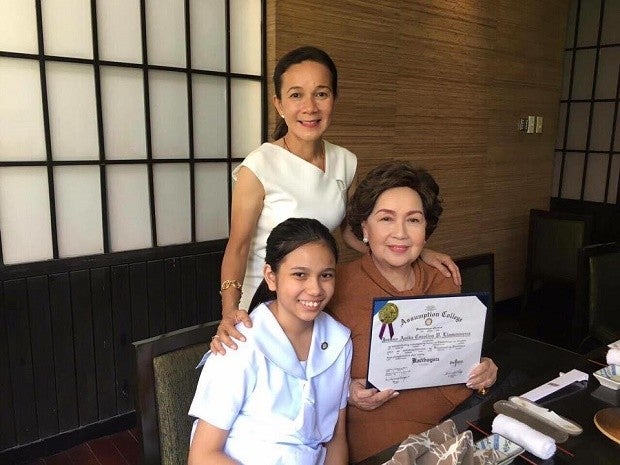 After accepting defeat to Davao City Mayor Rodrigo Duterte, Senator Grace Poe is now looking forward to get longer sleep and more time with her family.

(Perhaps, I’ll have more time for sleep now, not just three hours a night, maybe four or five hours would be enough.)

The senator was the first presidential bet to concede to Duterte. The mayor is now leading the partial and unofficial tally of the Commission on Elections (Comelec) Transparency Server.

Aside from longer sleep, Poe said she is looking forward to spend time with her family.

(My 11-year-old daughter, she said, she was asking how I was, “Are you okay, mom? I’m proud of you.” She said she was sad that I didn’t win, but she said she was also happy because I’ll have more time for her now.

So, I think as a mother, you’ll also understand that, espcially the women here. But that doesn’t mean that I will let go of my current mandate in my work in the Senate which will go on.)

The senator has three children —Nika, 17-year-old Hanna, and and her only son, 24-year-old Brian.

Her husband, Neil Llamanzares, and Brian accompanied her when she faced the media at her campaign team’s headquarters in Quezon City.

(My family’s okay. My children are here as well as my husband and we have no regrets, we did all we could and we had a decent and orderly campaign.)

She also thanked her campaign team and friends who stood by her throughout the three-month campaign period.

(And I also wish to thank my companions here who stayed up all night… In our lack of machinery, in our lack of funds, we still continued and for me it was really quite an experience to go all over the country and to be with our fellowmen.)

Poe, who was first elected senator in 2013, will continue to serve in the Senate until 2019. CDG