Who’s who in Duterte’s inner circle

At that time, Duterte said he did not have the financial firepower his rivals had. But the tough-talking local executive said he would not accept money and contributions from people with vested interests.

Amid limited machinery, Duterte boosted his campaign by tapping volunteers all over the country.

But at the center of the tough-talking mayor’s 90-day campaign is a small group of men calling the shots, deciding on every small detail that has to be settled, and ensuring that Duterte wins the race to Malacañang.

Below are the seven men who were pivotal in helping the controversial mayor reach the top spot in the electoral polls:

CHRISTOPHER “BONG” GO. The most hands-on and visible among Duterte’s aides. Some call him the “national photobomber” after always being spotted behind the mayor during interviews and sorties. A self-described all-around “utility man,” Go manages the personal and political affairs of Duterte. Go is all-knowing when it comes to the mayor’s schedule of meetings, speaking engagements, and interviews since all invites must pass through him first. The grandson of a close Duterte ally, Go has been with Duterte when the latter served as congressman from 1998 to 2000. 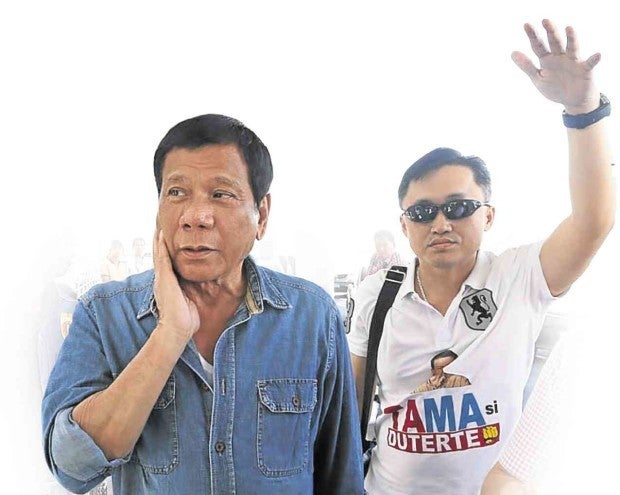 READ: A photobomber in Duterte campaign

LEONCIO EVASCO. The mayor of Maribohoc town in Bohol is the national campaign manager of Duterte. Evasco, a former rebel priest, is a long-time chief of staff and close friend of Duterte. The two first met in Davao City when Evasco, who was at that time a New People’s Army rebel, was arrested and detained. Duterte, on the other hand, was a city prosecutor.  Duterte said he trusts Evasco because he is a “principled man.” As campaign manager of Duterte, Evasco planned the overall strategy for the mayor’s 90-day campaign. 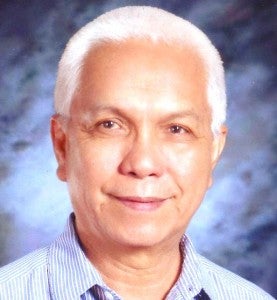 CARLOS DOMINGUEZ. Dominguez chairs the Duterte camp’s finance committee. Owner of the Marco Polo Hotel in Davao City, Dominguez is a former classmate and childhood friend of Duterte. He is also a former Cabinet secretary of Corazon Aquino and Fidel V. Ramos. He was also former president of Philippine Airlines and Manila Hotel. Duterte trusted Dominguez to head his finance team because “he has a good reputation in the business community.” 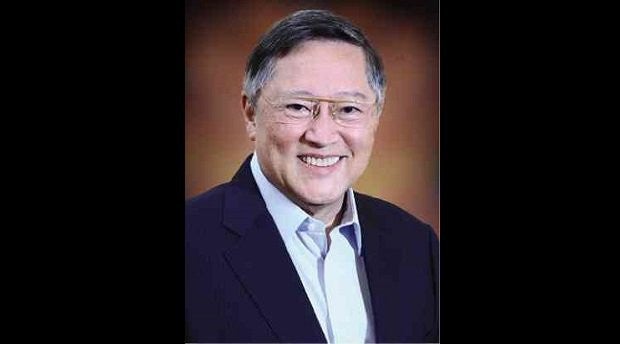 PETER LAVIÑA. He is the media head of Duterte’s campaign and serves as the spokesman of the mayor. Laviña also worked with Duterte’s mother, Soledad.

BUTCH RAMIREZ. He is the advance party head of the Duterte campaign. Ramirez was former chairman of the Philippine Sports Commission and served as sports chief of the Davao City mayor. As head of the advance team, he coordinates logistics of the mayor’s campaign rallies.

DANILO DAYANGHIRANG. He is the man in-charge of the support groups campaigning for Duterte. His work involves coordinating with volunteers and various groups that have expressed support for the presidential bid of Duterte.

ISIDRO LAPENA. He is a former Philippine National Police Director and is the head of Duterte’s security team, which is composed of five former police generals who are close to the mayor. KS/JN