newsinfo / Metro
Metro
AMID ALLEGATIONS OF CORRUPTION VS VP’S FAMILY 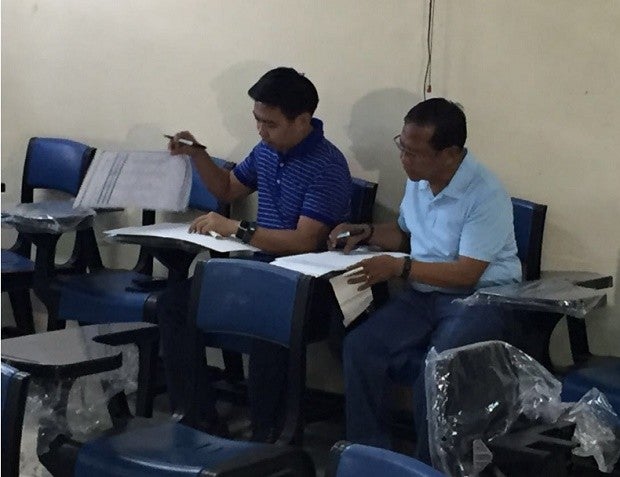 Are the allegations against the family of presidential aspirant Jejomar Binay enough for the people of Makati City to turn their backs on them?

The 2016 elections will put to test the love affair between the people of Makati City and the Binay family.

Outgoing Representative Abby Binay, daughter of presidential aspirant Vice President Jejomar Binay, is seeking to reclaim the city hall against Kid Peña, who became mayor after her brother Junjun was dismissed by the Ombudsman in 2015.

Abby’s husband, Luis Campos, is meanwhile eyeing to take her seat in Congress.

Many of of the voters interviewed by INQUIRER.net were one in saying that the Binays remained as the top choice in Makati City, which the family has ruled for close to three decades.

READ: Binay: I have made Makati rich

“He (VP Binay) was the only one who gave benefits to the senior citizens and to the Makati residents,” former Makati City Senior Citizen Chairman Mattie Benavides said.

Among the benefits received by the Makati residents are “health, medicinal and hospital benefits,” he said.

Lyka Mateo, 19, lauded the Binay clan for sending her to school.

(Business was orderly in Makati. The Binay family was able to help a lot of people. I was able to benefit from all the good that happened in Makati.)

(It’s impossible for people in power not to be corrupt. But as I have benefitted from the all their good practices in Makati, I will continue to vote for the Binays.)

Vice President Binay and Junjun were indicted by the Ombudsman for graft, malversation and falsification of public documents for purportedly rigging the bidding for the allegedly overpriced Makati car park building. The Ombudsman said it would file charges against the vice president at the end of his term.

The Binays were also the subject of a year-long Senate investigation into alleged kickbacks from overpriced deals in Makati.

Mark Anthony Santiago, who has lived in Makati for 23 years, does not share the opinion of many of the others living in the city. He voted for survey frontrunner Davao City Mayor Rodrigo Duterte instead of the vice president, who served as the city’s mayor for over two decades.

He said it’s time for Makati to “change,” echoing the campaign slogan of Duterte.