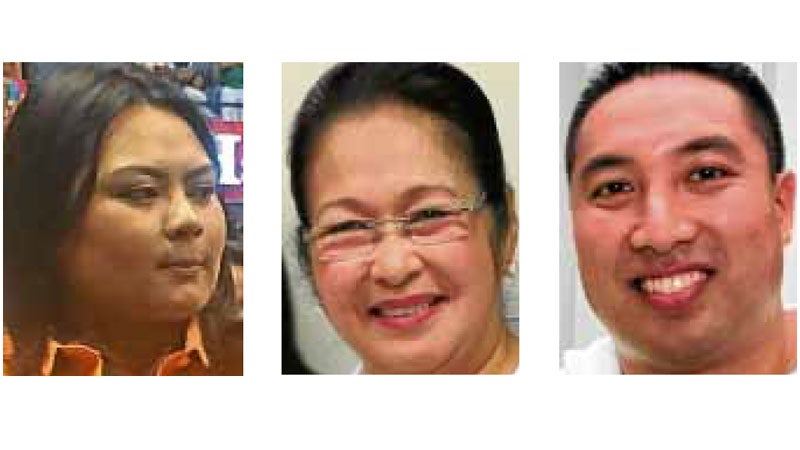 Although San Juan has yet to decide who its next leaders will be, reelectionist Mayor Guia Gomez is certain that after her third and final term, another member of the Ejercito-Estrada clan will take over the helm of city hall.

During her miting de avance at the Pinaglabanan Shrine on Saturday night, Gomez told the crowd of around 15,000 that the daughter of detained Sen. Jinggoy Estrada, incumbent Councilor Janella Estrada, would be next in line for the mayoralty post, long held by the Ejercito-Estrada clan.

“Hindi natin sila pauupuin. (We will not let them sit in power),” Gomez said to her supporters, apparently referring to her opponents.

When she asked them who should succeed her, the crowd shouted: “Janella!”

Gomez is running against former ally Vice Mayor Francis Zamora, who accused the Ejercito-Estrada clan last year of dumping him and his father, San Juan Rep. Ronaldo Zamora, in favor of Janella and former Councilor Jana Ejercito to allegedly ensure the clan’s political hold on the city of more than 120,000 people.

Sought for comment, Vice Mayor Zamora said in a chance interview also on Saturday night that Gomez’s statement “validates my June 12 experience.” He was referring to the meeting Gomez had with Sen. Jinggoy Estrada in Camp Crame to supposedly consolidate the family’s political base.

“It is very obvious that after her, Janella is next in line. That’s why I was removed as her vice mayoral candidate [for this year’s elections] … Whatever happens, they will not give up San Juan to anyone else. That’s what prompted me to challenge them,” he said.

Since 1969, the Ejercito-Estrada clan has held the mayoralty post, starting with the election of former President and now Manila Mayor Joseph “Erap” Estrada as the then municipality’s chief executive. In 1986, Erap was forced to step down following the Edsa People Power Revolution.

Sought for his reaction, Erap said that there was no reason for Janella not to become the next mayor.

“She has the experience. She’s a councilor and [soon-to-be] vice mayor. She knows what she’s doing. She saw what I did, what her father did, there’s a pattern she can follow,” he told the Inquirer.

In her speech, Janella told her mom Precy that she would not let her and her dad down.