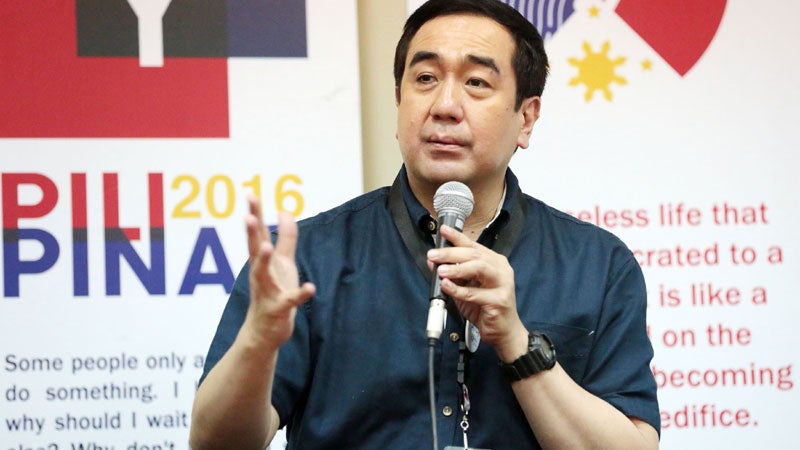 The Commission on Elections (Comelec) is expecting today a turnout of 75-80 percent from 54,363,844 registered voters in what it promises to be the “most transparent” polling in recent history.

More than 40 million voters are projected to report to 92,000 precincts across the country to cast their ballots in the country’s second automated presidential election.

Comelec spokesperson James Jimenez said the poll body was expecting a voter turnout of at least 75 percent, surpassing the 74-percent turnout in the 2010 presidential election.

To add a layer of transparency to today’s elections, the Comelec announced on Sunday that an online site system would be made available to the public once voting ends later today.

The public can view at the online site “near real-time” the transmitted election returns and certificates of canvass.

“Anyone with a calculator and a lot of time could actually do [the computation]. That’s precisely the point of this website. It democratizes the count so anyone can [predict the winners] … and make an educated guess,” Jimenez said.

The site, www.pilipinaselectionresults2016.com, will show transmissions received, election returns by location and certificates of canvass by area.

On the eve of the elections, Comelec Chair Andres Bautista issued last-minute tips to voters to avoid possible disenfranchisement brought about by long lines and the summer heat.

At a press briefing, Bautista said that while the Comelec  was better prepared today than it was in 2010 and 2013, it was a bit wary of the effects of the activation of the voter’s receipt feature.

“What is new to the automated elections is the printing of the receipt and we don’t know how this will affect the implementation [and] the process of voting, especially the time a voter can cast his ballot,” he said.

He said long lines aggravated by sizzling temperatures could discourage people from going to voting centers.

To ease the possible long queues, Bautista advised voters to have a prepared list of their chosen candidates, know their designated precincts in advance and wear comfortable clothes.

“Fourth, bring a lot of patience,” he said.

He instructed voters not only to file a complaint with the board of election inspectors should they find discrepancies between their ballots and the printed voter receipts, but also to use social media prudently.

“You can use social media in a good way but also to spread disinformation. We are calling on voters and netizens to be critical about what they read or see on social media,” Bautista said.

“We are better prepared in this year’s elections compared to the previous ones and as what our chairman has promised, this will be the most transparent elections in the history of the Comelec,” he told reporters.

Jimenez also said that so far, the agency had not encountered hitches in its preparations.

At the press briefing, Bautista said the Comelec had already checked the veracity of reports of poll fraud from overseas Filipino voters and from precincts in Lanao del Sur province, Davao Oriental province and Cagayan province.

Votes for a certain presidential candidate were said to have been credited to an opponent.

Philippine election could cause heartburn for its US ally

11 Things You Should Bring to the Polling Precinct