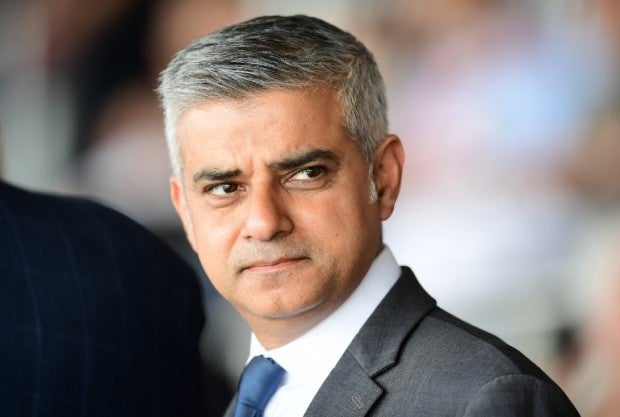 LONDON — London’s newly elected Muslim mayor, Sadiq Khan, has joined an annual memorial to the millions of Jews slain in the Holocaust as his first official act in office.

Khan made Sunday’s appearance at a north London ceremony following a racially charged election campaign during which Conservative Party opponents sought to portray him as an apologist for Islamic extremism and to highlight cases of alleged anti-Semitism within the ranks of Khan’s Labour Party.

The event inside a rugby stadium brought together thousands from London’s Jewish community, including more than 150 Holocaust survivors and a combined choir from five Jewish elementary schools.

London’s previous Labour mayor, Ken Livingstone, was suspended last month from the party after he claimed that Adolf Hitler supported the Zionist aim of establishing Israel.