Crowd at Luneta swells ahead of Duterte-Cayetano rally 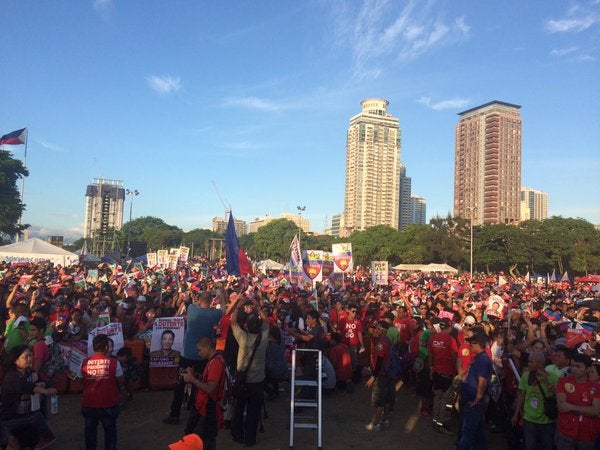 The National Capital Region Police Office (NCRPO) said at least 300,000 people are in the campaign rally.

Performances from artists supporting Duterte entertained the crowd who are waiting for Duterte and Cayetano.