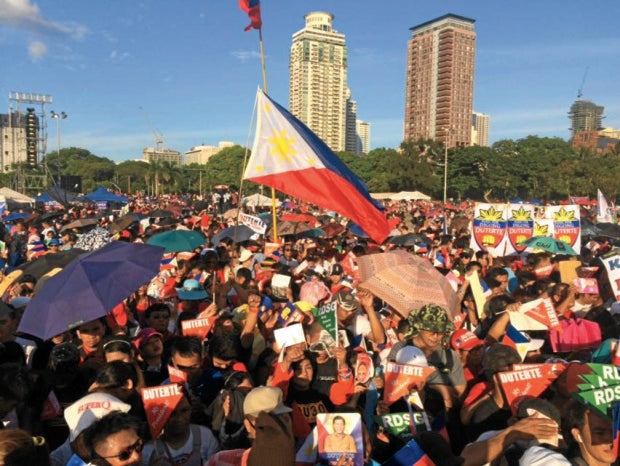 The miting de avance of the Duterte-Cayetano team started at 5 p.m. and was attended by thousands of their supporters.

Peter Laviña, Duterte’s spokesperson, said the venue was chosen after supporters of the tandem earlier called the gathering “Occupy Luneta.”

“Since the Tagumpay ng Bayan rally held for Cory in 1986, this would be the second time a rally of such political significance will be held at the historic park,” Laviña said.

“We aptly dubbed it Tagumpay ng Pagbabago because no less than the son of Cory is resisting and frustrating the people’s clamor for real change,” he added. “Truly ironic and tragic.”

The campaign for Malacañang of Duterte has spurred criticisms, with even President Benigno Aquino III calling him a “threat to democracy.”

The tough-talking Duterte is running on a promise to stop crime, illegal drugs and corruption within the first six months if elected president.