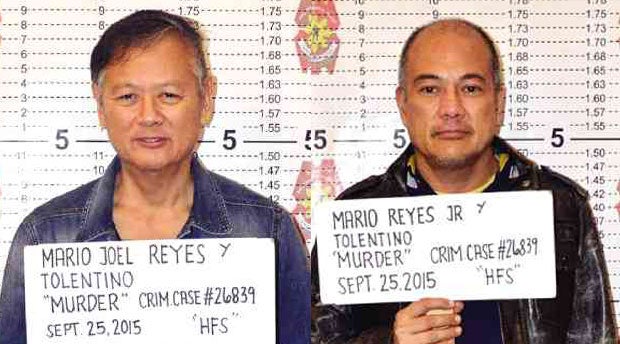 The Palawan Regional Trial Court Branch 52 on Friday allowed former Coron, Palawan Mayor Mario Reyes, one of the accused for the death of broadcaster and environmentalist Gerardo “Gerry” Ortega, to post bail for his temporary liberty.

Judge Angelo Arizala  set the bail for Mario at P500,000, Ortega’s daughter Michaella said in a message to InterAksyon.com.

Reyes and his brother Joel were named by the hired killers who gunned down Ortega in Puerto Princesa on January 24, 2011 as the ones who allegedly ordered the killing of the broadcaster.

The brothers fled the country in March 2012. They were in hiding for three years until they were arrested in Thailand last September.

Currently, Joel and Mario are running for mayor and vice mayor of Coron. RAM/rga