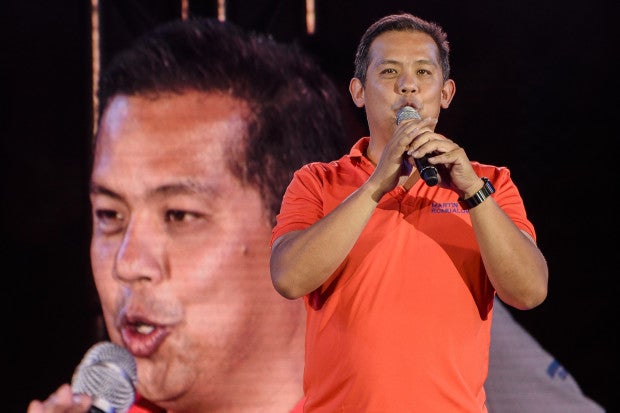 Senatorial aspirant and Leyte Representative Martin Romualdez on Wednesday said it would be appropriate for the country to adopt a two-party system to prevent disorder brought by shifting alliances especially during election season.

In an INQLive interview, Romualdez said a return to a two-party system was a “good suggestion,” adding that the current multiparty system can be “a little bit confusing.”

“Migration has become a commonplace now. Partisanship is based on personalities. When we have a new president come May 9, I can see a migration of politicians,” he said. “Under a bicameral system a two party system may be more appropriate.”

Romualdez lamented that politicians in the Philippines “form coalitions just to get consensus” and jump ship to the majority party after an election.

“It’s exciting but as I see it, the party system needs some improvement,” he added.

Romualdez is seeking a Senate seat as an independent candidate, but disclosed he was considered to be in the slate of presidential aspirants Miriam Santiago, Rodrigo Duterte, Jejomar Binay and Grace Poe. TVJ