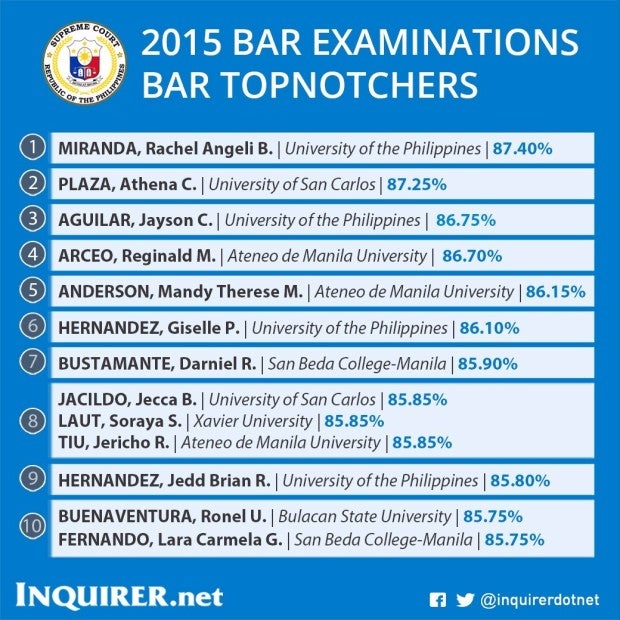 A graduate of the University of the Philippines (UP) led the 1,731 examinees who passed the 2015 bar exam, the Supreme Court  announced on Tuesday.

Rachel Angeli Miranda topped the bar exam with a rating of 87.40 percent. Aside from her, three other UP graduates made it the Top 10.

“I never thought that I would top the bar. It was a shock. It was surprising,” Miranda said in an interview on the ABS-CBN News Channel. “I tried my best during the exam, but the result still came as a surprise.”

In second place was Athena Plaza of University of San Carlos (USC) with a rating of 87.25 percent.

In 2014, Irene Mae Alcobilla of San Beda paced the bar passers with a rating of 85.5 percent.

The last time a UP graduate topped the bar exam was in 2013, when Nielson Pangan aced the exam with an 85.80 percent rating. IDL/rga

READ: UP back on top as ‘average’ student aces bar