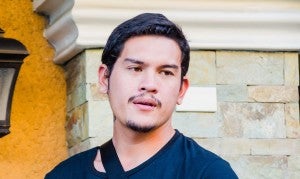 MANILA — The man who sold off the townhouse owned by Davao City Mayor Rodrigo Duterte’s youngest son Sebastian in San Juan City, is currently embroiled in a graft case involving the alleged illegal acquisition of a bank.

Eduardo A. Bangayan, a former trustee of the Local Water Utilities Administration (LWUA), was charged in April 2015, together with six other officials of the agency, including former Surigao del Sur Rep. Prospero Pichay, with violating banking laws and committing graft.

Their case stems from the “irregular” purchase of 445,337 shares of stock in Express Savings Bank Inc. for P101.4 million in 2008. This represents a 60-percent stake in the bankrupt Cabuyao, Laguna-based bank, owned by the Gatchalian family and Forum Pacific Inc.

Based on the Davao City Water District’s website, Bangayan is listed as the DWCD’s chair, representing the business sector.

A document earlier obtained by the Philippine Daily Inquirer showed that Eduardo A. Bangayan was the last owner of the townhouse along P. Guevarra Street, Barangay Maytunas in San Juan City, which Duterte and his daughter Sara used as one of their two addresses in opening a joint account at the Bank of the Philippine Islands’ Julia Vargas branch.

The two-story townhouse owned by Sebastian was bought sometime in 2000, when he was only 13 years old. Sebastian had said that he didn’t know at the time that the property was under his name, adding that to his knowledge, his father acquired it “through a loan.”

By the time Bangayan had sold off the house — which currently has a total floor area of 222 square meters and stands on a 107-square-meter lot — it had a declared value of more than P1.5 million in 2001.

It has yet to be established if Bangayan is related to suspected rice smuggler David Bangayan, whom Duterte identified as David Tan, a key player in the P7-billion-a-year rice smuggling racket.  SFM