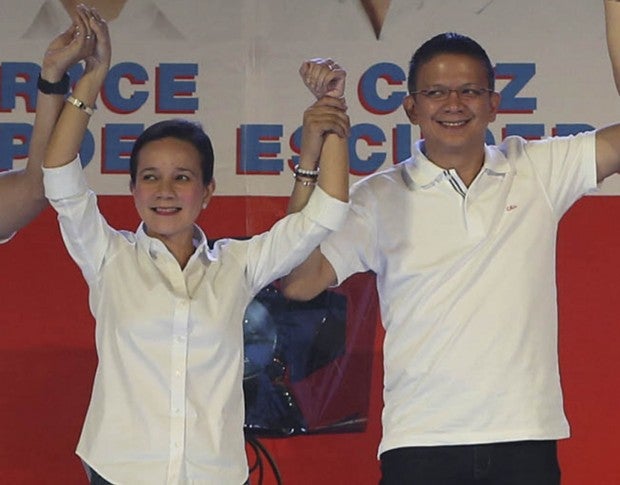 It’s final, Senator Grace Poe’s Partido Galing at Puso (PGP) will hold its miting de avance on May 7 at the Plaza Miranda in Quiapo, Manila.

PGP’s campaign manager Ace Durano confirmed on Saturday that the team will conclude its campaign at Plaza Miranda, the same venue where they also held their proclamation rally last February 9.

READ: Ending where it began: PGP miting de avance may be at Plaza Miranda

Durano cited Poe’s “affinity” for Quiapo church, which is just beside the Plaza Miranda, as the reason why the team chose to end its campaign in the said venue.

In her speech during the kick off rally, Poe said her life story began at a church so she also chose to start a new chapter of her life in front of the Quiapo Church.

Poe, who is running for president, was found abandoned as a baby in front of Jaro Church in Iloilo.

(My life bagan in a church. So it was only right that I also begin the next xhapter of my life in front of a church.)

She said she was also in front of the Church when the Supreme Court announced its ruling last March 8 that she was qualified to run for president, junking petitions to disqualify her over her citizenship and residency issues. CDG