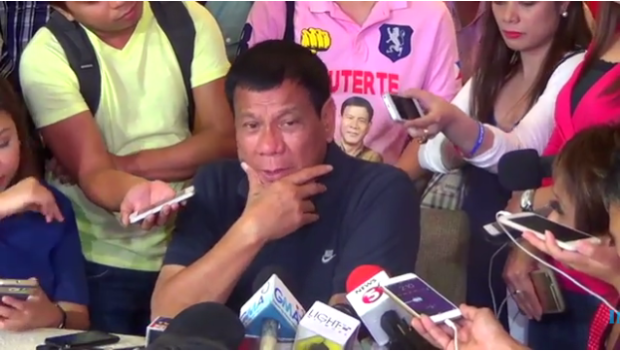 The survey, conducted from April 19 to 24, showed Duterte having 33-percent voter preference, a loss of one percentage point from the previous Pulse Asia survey.

Duterte enjoys an 11-point lead over Sen. Grace Poe, whose rating is unchanged at 22 percent.

Four percent of the 4,000 respondents said they were not inclined to support any of the presidential candidates.

Across geographic areas, Duterte topped the survey among respondents in the National Capital Region with 34 percent and Mindanao with 58 percent.

Poe, meanwhile, got the majority of voter preference in Balance Luzon with 29 percent while Roxas dominated Visayas with 37 percent.