US Pacific Fleet expands use of 3rd Fleet commanders 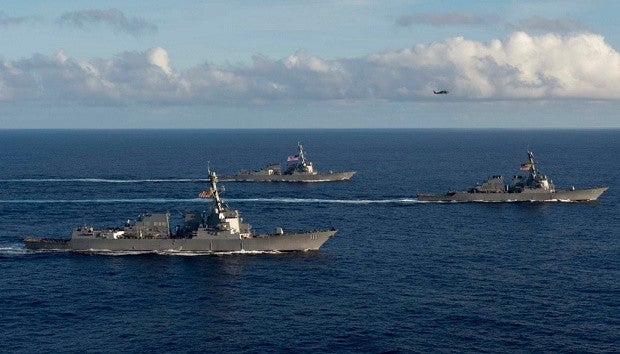 The USS Spruance (DDG 111), USS Decatur (DDG 73) and USS Momsen (DDG-92) steam in formation in the Pacific Ocean as part of the U.S. Third Fleet. SCREENGRAB FROM THE US PACIFIC FLEET FACEBOOK PAGE

But Adm. Scott Swift said Tuesday he plans to have 3rd Fleet commander Vice Adm. Nora Tyson and her staff maintain operational control of some of these ships when they travel west.

For example, he says the 3rd Fleet could lead the Navy’s response to a tsunami while the 7th Fleet focuses on Japanese earthquake relief.

TAGS: News, US, US 3rd Fleet, US 7th Fleet, US Pacific Fleet