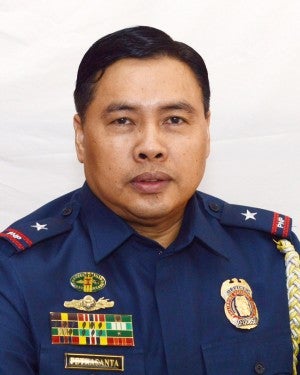 MANILA — The Court of Appeals has reversed and set aside the order of the Office of the Ombudsman that dismissed former Philippine National Police-Firearms and Explosives Office head, Chief Supt. Raul Petrasanta, for administrative liabilities stemming from the accreditation of an online computerized renewal system and courier delivery service contractor in 2013.

In a 15-page decision dated April 19, the appeals court’s Special 15th Division, granted Petrasanta’s petition for review, saying the Ombudsman failed to prove that he was guilty of grave abuse of authority, grave misconduct and serious dishonesty when the FEO accredited the Werfast Documentation Agency to process the renewal and delivery of firearms permits.

“[N]o specific allegation much less proof was shown to establish his (Petrasanta’s) actual or direct participation in the purported plan to solely accredit Werfast. Neither is there proof that in accrediting Werfast, he acted beyond his authority or was spurred by any corrupt motives to defraud the government,” the court said in the ruling written by Justice Jhosep Lopez.

The other division members, Justices Socorro Inting and Renato Francisco, concurred in the ruling.

The court also ordered recall and lifting of all accessory penalties imposed by the Ombudsman when it dismissed Petrasanta in June last year, namely forfeiture of retirement benefits, cancellation of eligibility, bar from taking civil service examinations and perpetual disqualification from employment in civil service.

It would be recalled that the Werfast case also led to the filing of charges against former PNP chief Alan Purisima and his dismissal from service by the Ombudsman.

Aside from Petrasanta, other PNP officers Napoleon Estilles, Allan Parreno, Eduardo Acierto, Melchor Reyes, Lenbell Fabia, Sonia Calixto, Nelson Bautista, Ford Tuazon and Ricardo Zapata Jr. were ordered by the Ombudsman to be sacked from the service due to the Werfast case.

The complaint against the police officials were initiated by the fact-finding investigation bureau of the Office of the Deputy Ombudsman for Military and Other Law Enforcement Offices and private complainant Glenn Gerard Ricafranca.

The court said aside from “sweeping” statements, the Ombudsman failed show proof that Petrasanta, as chair of the FEO technical working group and the courier service accreditation board, had a conscious or malicious design to conspire and give unwarranted benefits to or undue preference for Werfast.

The court said Petrasanta, being a merely as subordinate of Purisima, should not have been put in the same footing as the sacked PNP chief, who, was the one that made the courier service provided by Werfast mandatory and exclusive in February 2013.

“Let it be emphasized that despite the pressure and coercion exerted by Purisima, the members of the CSAB actually ruled against the exclusive an mandatory nature of the courier service when they [a resolution] mandating that the courier service is not a mandatory requirement,” the court said.

The memorandum of agreement with Werfast was entered into by Estiles, in May 2011 after it was endorsed by the TWG chaired by Petrasanta.

The PNP legal service, however, recommended that the engagement of a courier service should not be made mandatory but optional and that the service provided should not be exclusively Werfast’s.

In August 2012, the CSAB, chaired by Petrasanta, was formed to craft accreditation rules. However, Purisima, acting on a recommendation by Director Gil Meneses, the PNP-Civil Security Group chief, ordered the courier service be made mandatory.

In April 2013, the CSAB gave Werfast an interim accreditation period of one year after it has substantially complied with the requirements and in consideration of the existing MOA already approved by Purisima.

Numerous complaints about delays, non-issuance of receipts, lack of the tracking option, and the use of a another courier service led to the relief of Petrasanta from the FEO and his transfer to the PNP regional office in Central Luzon in September 2013.  SFM