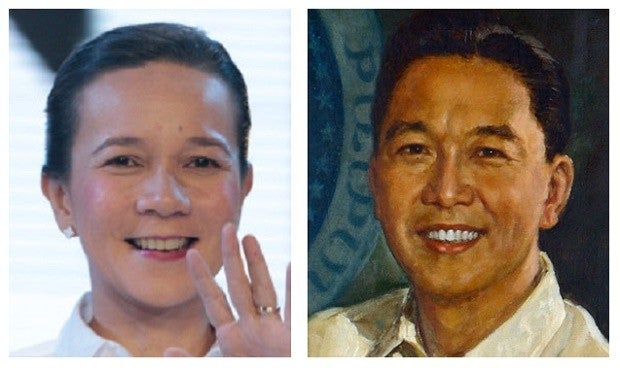 INDEPENDENT presidential candidate Grace Poe gave praise to the late President Ferdinand Marcos’ infrastructure legacy as she barnstormed through the Ilocos region to solidify her lead in Luzon island.

“Give credit where credit is due. When it comes to infrastructure,  there were a lot of structures built during the time of President Marcos. I think if we do these (infrastructure projects) with the same priority, we can create jobs, solve our problems in traffic and power supply,” said Poe during a  visit to Burgos, Ilocos Norte.

Poe gave praise to Ilocos Norte Gov. Imee Marcos for leading the province in building a viable wind energy project. “I have long wanted to visit this wind farm because I think this is what the next administration should focus on,” said Poe.

The governor, however, was noncommittal when asked whether she would endorse Poe as president in her province.

“She (Poe) has a strong following here because they still love her father (the late Fernando Poe Jr.). Everybody is welcome to campaign here for president because we are supporting (my brother) Bongbong for vice president,” said Imee.

When pressed for a definite answer, Marcos said: “I don’t know.”