The incumbent mayor, from a long-established political clan, was unopposed in the 2013 polls. But standing now in the way of his reelection bid is the city’s congresswoman, who recently signaled that this campaign season won’t be as uneventful as the last.

When two barangay councilors identified with her camp were killed in an ambush last month, she denounced the attacks as politically motivated even with the police probe still underway. Protest rallies and a long funeral march followed as leaflets linking the mayor to the killings surfaced in the streets — which he responded to by having two of the distributors (a 17-year-old boy and a female house helper) arrested and charged with libel.

Against this backdrop, the two rivals share their platforms in this Inquirer Metro series leading to the May 9 vote. They center on three of the most pressing concerns affecting residents and nonresidents alike in Malabon: the traffic situation, peace and order, and informal settlers.

On traffic. A major thoroughfare with the worst traffic condition in the city is Governor Pascual Avenue.

On peace and order. Increase police visibility, with the city police force numbering 610 as of 2015.

Construction of the new police headquarters in Barangay Catmon is ongoing in partnership with the Department of the Interior and Local Government.

Installation, repair and maintenance of streetlights.

On informal settlers. A total of 1,014 informal settler families (ISFs) living along the waterways were relocated to Bulacan from 2012 to 2015. (Oreta was elected vice mayor in 2010 and succeeded his uncle, then Mayor Tito Oreta who died in 2012.)

Construct more housing units. In collaboration with the National Housing Authority, Malabon Homes I (three five-story medium-rise buildings) are being constructed on a 1,170-square-meter lot located in Labahita, Barangay Longos. This will benefit 180 ISFs living along the waterways.

The Marangal High Density Housing Project, a private venture, also located in Longos, will benefit 650 Malabon ISFs living along the waterways, assisted by the city government which facilitated the processing of required permits.

Other low-rise buildings in other locations (a Gozon-donated property, Barangay Panghulo and Potrero)

The Community Mortgage Program (CMP) has covered 7,539 families in Malabon as of 2015.

On traffic. The major thoroughfares in Malabon with the worst traffic conditions are Letre, M.H. del Pilar and Governor Pascual, roads where big trucks converge with public transport. I will handle the issue of these trucks as well as those parking in vacant areas and roadsides in some barangays.

I will ask the council to pass an ordinance that will implement a traffic scheme for all classes of vehicles in Malayan. The objective is to reduce congestion by restricting the vehicles that can pass through major roads based on their plate numbers.

I understand the nature of the businesses of these trucks—they fuel the economy—but I want to make sure that small businesses and my constituents rushing to work or school are not compromised due to heavy traffic.

There is a science to this traffic problem, there is an engineering solution, and I am confident that I can find it through a traffic ordinance that best serves my constituents. 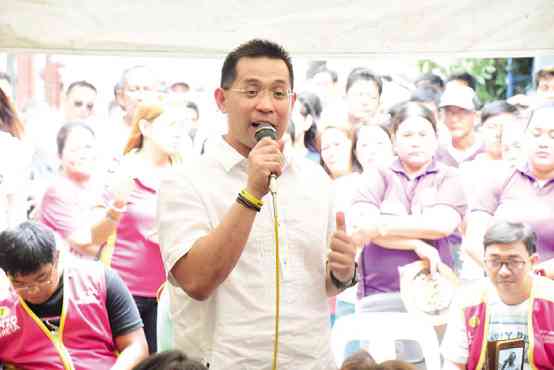 On peace and order. The problem of illegal drugs and the resulting criminality cannot be solved just by an ordinance or by me alone as mayor; I need everyone in Malabon involved.

In my three terms as a hands-on congresswoman, I have talked to hundreds of drug dependents trying to get out of addiction and to law violators trying to become a good citizen. I know that they need more opportunities and I can provide that. I will establish an inspiring leadership so that people, especially the youth, will not have time to waste on illegal drugs and criminality.

But, of course, there is the urgent need for a more dependable infrastructure. We will have more visible policemen in the barangay who cannot be intimidated by hardened criminals. We will put enough police cars in the streets and there will be many working CCTVs in every barangay, in every corner if possible.

Divisiveness is also considered a culprit in the failure to achieve peace and order. In my governance, no one will be displaced, everyone will be given the opportunity to serve.  Everyone, from whatever party of political affiliation, will be invited to join in and do good for Malabon.

But I have to emphasize that decisiveness and political will are critical. There will be a new Malabon where our people will feel that my government will not be bullied by criminals. As their mayor, I will not allow anyone to be intimidated by lawlessness. The people need to feel that they have a champion and a defender in me and that is a role I intend to take very seriously. 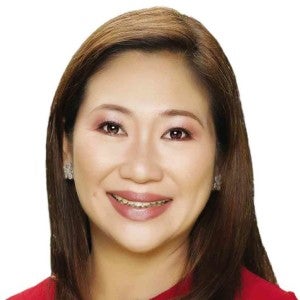 On informal settlers. The Malabon population is fast-growing. While we want to accommodate everyone who has chosen the city to be their home, there are challenges which the city must face.

My long-term plan to address poverty and informal settlement are as follows:

For barangays with the most number of informal settlers, build high or medium-rise apartments just like in Singapore, where the budget is augmented for Malabon from several government agencies like the Department of Public Works and Highways, the National Housing Authority and Housing, and Land Use Regulatory Board;

Focus on the needs of vulnerable informal settlers in areas where flooding is a perennial problem;

Improve the resiliency of informal settlement communities through yearly and extensive urban planning, partnership with the Department of Trade and Industry for community-based livelihood programs.

On the first few days after I get elected, I will sit down with all urban poor organizations, especially those from Barangay Catmon, Tonsuya and Tugatog where 60-70 percent of the residents are informal settlers, and together we will come up with a working plan to address the problems of urban settlement.