Escudero shrugs off decline in surveys: ‘Hard to know winner in last 2 minutes’ 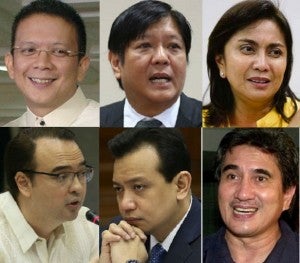 CITY OF CAUAYAN — The stage is set for a minority president and vice president, according to vice presidential bet and Senator Francis ‘Chiz’ Escudero, who trailed Sen. Ferdinand “Bongbong” Marcos Jr., and Camarines Sur Rep. Leni Robredo in the past three survey results of the ABS-CBN Pulse Asia and Social Weather Station.

“The truth is it is too hard to know who will win in these (presidential and vice presidential) races,” he said here Tuesday.

Speaking at a news conference, Escudero likened the campaign’s last days as “more than the last two minutes” of a basketball game. He said the late actor Fernando Poe Jr. was lagging behind then President Gloria Macapagal-Arroyo in the surveys during the 2004 elections, but Poe received more votes had “magic [not] robbed him of his victory.”

In 2010, Mar Roxas was leading in surveys for vice president but he was defeated by Vice President Jejomar Binay, the senator said.