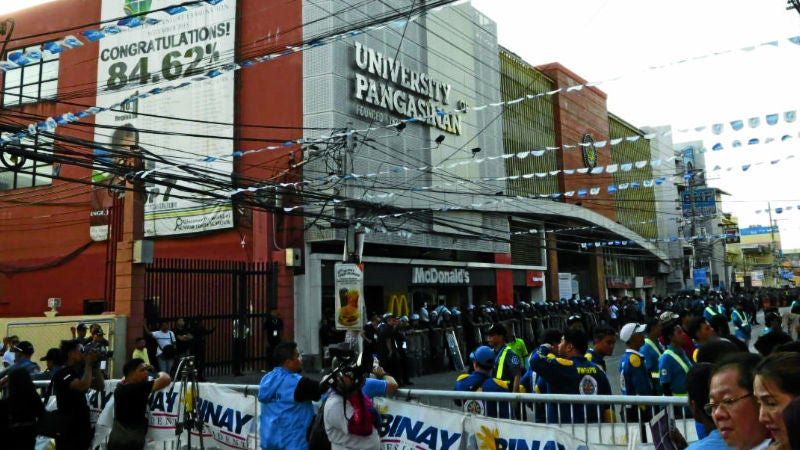 DAGUPAN CITY—If front-runner Rodrigo Duterte gets the most tweets, does that indicate an outpouring of support for the most controversial presidential aspirant?

Who among the five presidential candidates has been receiving the most positive boost on Facebook?

Using a sentiment analysis software, a Pangasinan information technology group measured the contents of online reactions during the third and final presidential debate on Sunday.

The software took two hours to analyze the tweets and posts after the debate, said Wilson Chua, founder of Bitstop Network Services (Bitstop) and honorary chair of the Metro Dagupan Information and Communication Technology Council (MDICTC), which operated the software.

But the sentiment analysis was not immediately released because the tweets and posts were being downloaded manually and the job would take  three to four days, he said.

The software, which had been used in American electoral debates, was calibrated for University of Pangasinan (UPang), where Duterte, Vice President Jejomar Binay, Senators Grace Poe and Miriam Defensor-Santiago and former Interior Secretary Mar Roxas faced off for the last time, two weeks before the national elections on May 9.

Sentiment analysis is a mechanism for understanding the emotional state of an opinion maker. It is often used as a marketing tool to understand consumer behavior.

For the debate, the software separated the positive, negative and neutral commentaries posted on Twitter or Facebook during the three-hour face-off, said Francis Fernandez, vice president of MDICTC.

The sentiment analysis program was conceived as “an objective way to measure the winner of the debate by [classifying] the sentiments of the crowd as they post on the Internet,” Chua said.

The analysis was the initiative of MDICTC, composed of local IT-related businesses, schools and IT enthusiasts in Dagupan.

Fernandez said his group enlisted hundreds of volunteers from different colleges and universities for the project.

On April 19, MDICTC trained student volunteers from Pangasinan colleges and universities to sort out the online posts during the second presidential debate in Cebu on March 20.

“Based on the results, a software model had been shaped to evaluate and sort the third presidential debate,” Chua said.