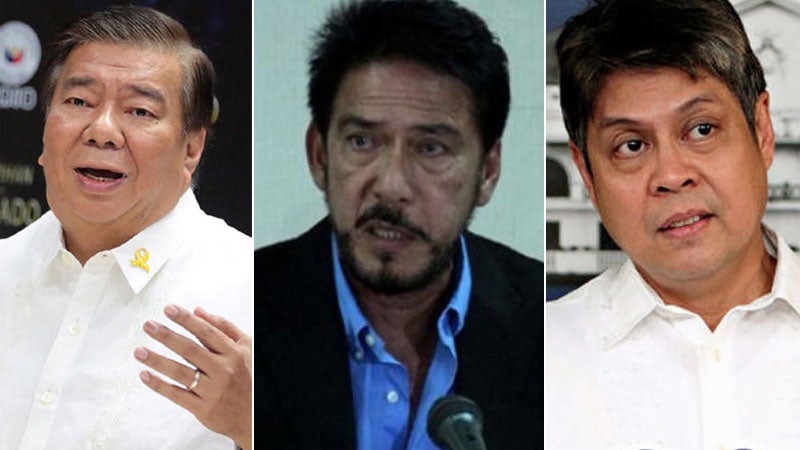 THE ODDS of winning a Senate seat are stacked in favor of reelectionist or former senators.

Eight of them have a statistical chance of winning in the May 9 elections, results of the latest Pulse Asia survey showed.

Of the probable winners, five belong to the Liberal Party, four are independent candidates, and one each are members of the Nationalist People’s Coalition, United Nationalist Alliance and Akbayan party-list group.

Sen. Vicente Sotto III regained the top spot, with 49.1 percent of respondents saying they would vote for him if the elections were held anytime between April 12 and 17, the period when the survey was conducted.

Senate President Franklin Drilon, who held the No. 1 slot in the previous senatorial poll, is statistically tied with Sotto, with 47.6 percent of respondents.

The survey, which used face-to-face interviews with 4,000 registered voters, had a margin of error of plus-or-minus 1.5 percentage points.

With less than a month to go before the elections, 35 percent of the voters already have a complete senatorial slate, results of the survey also showed. Almi Ilagan-Atienza, Inquirer Research