BIR checking if Philrem, owners have other tax liabilities 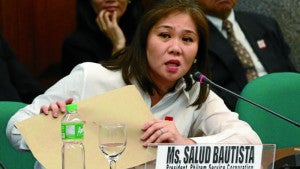 MANILA — The Bureau of Internal Revenue (BIR) is digging deeper to determine if Philrem Service Corp., the controversial remittance firm embroiled in the alleged laundering of $81 million stolen from Bangladesh’s central bank, has more tax liabilities.

Henares noted that the tax evasion case filed against Philrem last week was based on a very clear violation.

The BIR earlier slapped a P35.6-million tax evasion case against Philrem for non-payment of gross receipts tax alongside failure to file percentage tax returns for a decade since 2005, stemming from its failure to update its registration with the BIR.

As a remittance agent also registered with the Bangko Sentral ng Pilipinas, the firm should have filed percentage tax returns and paid gross receipts tax. Instead, it had been filing value-added tax or VAT returns.

“The gross failure of Philrem to register, declare and pay the gross receipts tax showed a clear intent and purpose on its part to evade the payment of the correct amount of taxes. Further, its failure to update its registration with the BIR made it liable for unlawful pursuit of business,” the country’s largest tax-collection agency had said.

As for the income taxes filed by the company as well as its top officials, Henares said the BIR would audit the income tax returns.

Official receipts issued by the firm would also be subject to audit, she said.

Henares vowed to investigate all individuals and firms implicated in the money laundering scheme.  SFM