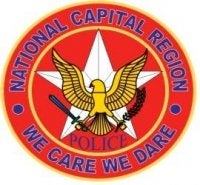 MANILA — The National Capital Region Police Office (NCRPO) has given recognition to 10 policemen who successfully tracked down the suspect in a spate of robberies, rapes and killings, including the gruesome death of a popular musician’s widow in February.

NCRPO Director Joel Pagdilao said the Medalya ng Kagalingan (Medal of Merit) was awarded to the officers led by Senior Supt. Ernesto Barlam, chief of the Makati City police, for the arrest of Nitro Agustin Ison in San Miguel, Bulacan province, on April 14.

The 24-year-old Ison is the suspect in the Feb. 10 killing of Amparo “Teng” Santaromana Gamboa, wife of the late Tropical Depression frontman Dominic “Papadom” Gamboa.

He was arrested based on two warrants issued last year by the Makati and Manila courts, where he is facing robbery charges. But the PNP presented him to the media last week as a suspect in more recent crimes, including the Gamboa case, two more homicides, three rapes, seven car thefts, and seven robberies.

He allegedly posed as a taxi driver and robbed four female passengers on Jan. 19, Feb. 19 and March 19, one of whom claimed that she was also raped.

The police earlier identified the suspect in these cases as “Ricky Ramos.” Pagdilao later said this was an alias used by Ison, a resident of Barangay Addition Hills, Mandaluyong City.

This year, the NCRPO has so far given 21,836 awards to its members for various accomplishments.

Asked what he considered to be the turning point in the manhunt for Ison, Barlam cited the recovery of the “Jashkyle” taxi which Teng Gamboa took before she was found dead.

After the taxi was found abandoned also in Makati, the blood samples taken from the cab were later found to be matching the victim’s, he recalled.

“Through the taxi’s (plate number), we were able to get to the vehicle’s registered owner and the taxi driver who was attacked by Ison days before (Gamboa’s killing),” Barlam said. “The taxi driver identified Ison as the one who took the vehicle.”  SFM