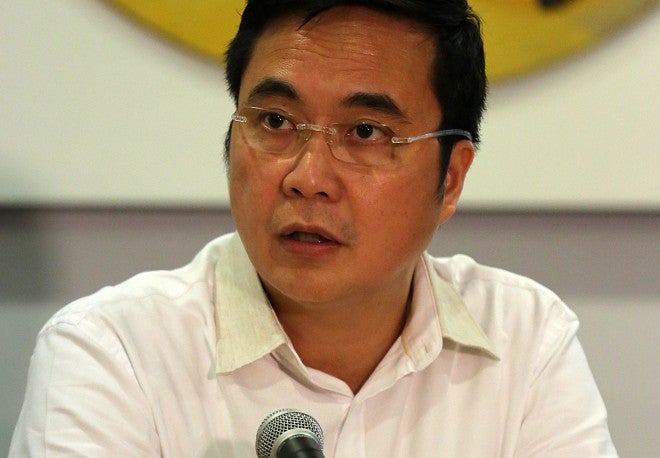 A group advocating the rights of overseas Filipino workers has renewed calls for the resignation of Department of Transportation and Communications (DOTC) Secretary Joseph Emilio Abaya as the issue of bullet-planting extortion scheme in the country’s main airport surfaced once again.

The Migrante party list on Thursday said Abaya blamed the DOTC’s “non-solutions, excuses, and finger pointing” on a recent incident about an alleged “tanim-bala” racket at the Ninoy Aquino International Airport (Naia).

“We have said it before, unless the government continues to deny accountability, we can only expect the ‘tanim-bala’ extortion scheme to continue,” Migrante said in a statement.

The group issued the remark following reports about a 75-year-old woman being an alleged victim. Reports said a .38 caliber bullet was supposedly found in the pocket of Salvacion Cortabista, who was about to board her connecting flight to the US where she was supposed to receive medical treatment.

“Clearly, these are not just isolated cases. Ginagawa tayong mga t**** ng DOTC. (DOTC is treating us like fools.) We support all calls from OFWs around the world for the resignation of DOTC Sec. Abaya. We also support all calls for the suspension of officials and personnel implicated in the scam, as well as a full revamp of airport personnel,” Martinez said.

“Schemes like these have been rampant, worsening and happening with impunity under the very nose of DOTC Sec. Abaya. Because of non-accountability, we fear that syndicates have been further emboldened, especially this summer season when our OFWs and tourists are expected to come home in droves for vacation. Our demand is that the biggest head must roll. Laglag bala pa rin? Laglag Abaya na (Dropping of bullets? Drop Abaya instead)!” he added.

The “tanim-bala” scheme, which gained the attention of the international media and was subject of a Senate probe, involves the planting of live bullets in the bags of passengers during screening. Victims are then  coerced to pay a certain amount of money in exchange for dismissing the charges. JE