Election 2016: Agenda of the Laguna governor 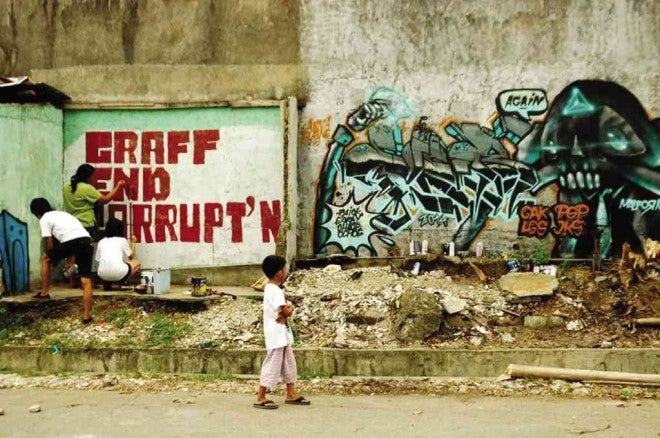 GRAFFITI and street artists in Laguna daub an empty wall in Los Baños, Laguna, to protest corruption in the government. BENJIE VILLARUEL/CONTRIBUTOR

The INQUIRER is coming out today with the 14th of its series on pressing people’s concerns that should be high on the agenda of candidates for representative, governor or mayor in the May 9 elections. The series should help voters in the provinces choose their leaders wisely. In line with our “ThINQ. Vote.” advocacy, we have asked candidates in certain provinces, cities and congressional districts to outline their concrete plans of action in dealing with specific issues in their areas. 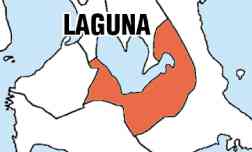 LAGUNA province’s proximity to Metro Manila (about 30 kilometers) has drawn tourists and business investors, spurring the local economy. With 18 industrial estates, it has also adopted the monikers “Detroit of the Philippines,” for hosting major vehicle manufacturers in the city of Sta. Rosa, and the “Silicon Valley of the Philippines,” for its electronic and semiconductor companies. It is the largest province in Calabarzon (Cavite, Laguna, Batangas, Rizal, Quezon) or Region 4A), and an emerging economic hub in Southern Tagalog.

Despite Laguna’s thriving industries, a large part of the province remains agricultural. It has 60,624 hectares of alienable and disposable agricultural land and is known for producing lanzones, rambutan, papaya, mango and pineapple.

SAVING LAKESHORE TOWNS  The P122-billion Laguna Lakeshore Expressway Dike (LLED)  is envisioned to serve both as an alternate route to decongest traffic and as a flood mitigation structure. The national government is set to award the LLED project, amid criticisms that such a heavy structure could bring catastrophic destruction should a strong earthquake strike. What is the best solution to the heavy siltation of Laguna Lake in order to address the threats of flooding in the lakeshore communities? 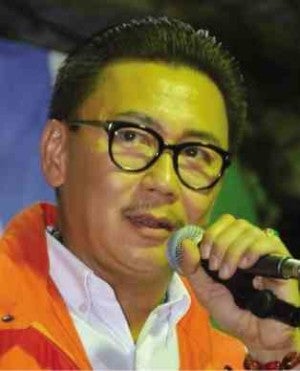 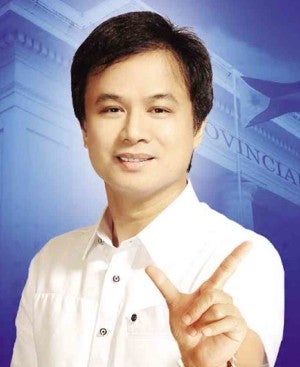 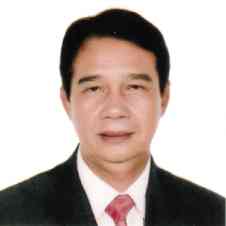 BALANCING GROWTH  Laguna province, being the gateway to Metro Manila, has become one of the populous and semiindustrialized areas in the country. At a glance, Laguna can be divided into two areas: the urbanized first two districts and the lone district of Biñan, and the agricultural areas in the third and fourth districts. What are your programs on urban planning and industrialization, without compromising the agricultural sector of the province?

ADDRESSING COMMUNITY SAFETY  In recent months, Laguna has been constantly in the news due to reports of crimes and illegal drugs. While one may say these were isolated cases, what is your program on peace and order to ensure public safety and buoy investor confidence?

I will inculcate in the minds of every Lagunense that there is no perfect place or society; cooperation among all the people in the community is very important.

We should be vigilant to report to authorities anything that relates to illegal drugs and crimes.

Editor’s Note: The Inquirer tried to reach the fourth candidate for governor, Berlene Teodoro Alberto of Partido Bagong Maharlika, by sending him a letter and a copy of the questions. The courier service tried thrice to deliver the mail to the Alberto family’s house in San Pedro City, but Alberto’s son refused to accept it.