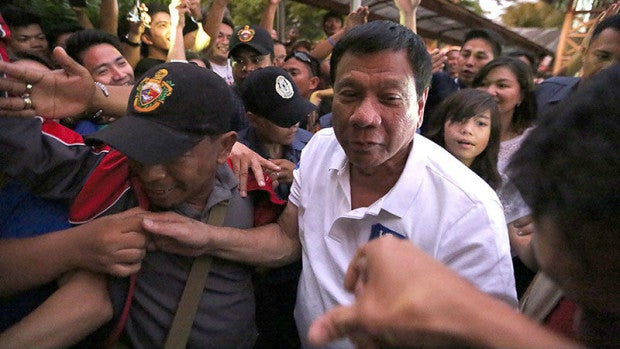 Duterte will start his campaign as a keynote speaker at a marketing convention in Boracay at 2 p.m.

After his speaking engagement, the tough-talking mayor will proceed here for a motorcade from the Kalibo International Airport to the Pastrana Park.

After the motorcade, Duterte will hold a rally at the Pastrana Park where he is expected to present his platforms to the Aklanons.

The mayor started his campaign this week in Bacolod City, Negros Occidental then proceeded to Iloilo province to woo the Visayan voters.

Although leading in latest surveys, Duterte’s political rival Manuel “Mar” Roxas II remains to be the top choice of voters in the Visayas.

Less than three weeks before the election day, Duterte faces the final leg of the campaign period despite criticisms over his controversial  remarks about the 1989 gang rape and murder of Australian lay missionary Jaqueline Hamill by prisoners inside the Davao City Police Office.

While his camp has issued an apology through statements sent to the media, Duterte refused to apologize for his remarks. RAM