CBCP exec: Next president should have character, competence 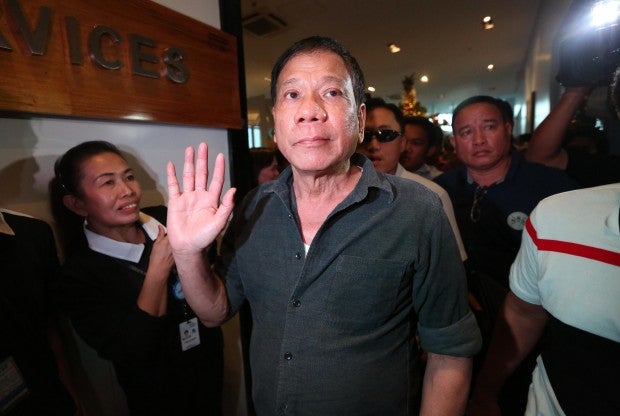 An official of the Catholic Bishops’ Conference of the Philippines (CBCP) asked voters on Tuesday to consider the candidate’s character and competence in choosing who they would want to become the country’s next chief executive.

In an interview aired on Radio Veritas, Caritas Manila executive director Fr. Anton Pascual said that the said attributes should be both possessed by the next president.

“Presidency is both character and competence! Nothing more, nothing less, nothing else!” Pascual said.

His statement came after presidential candidate Davao City Mayor Rodrigo Duterte came under fire over his remarks on the rape-slay of an Australian lay missionary in 1989.

In a viral video taken during one of his campaign sorties, Duterte “joked” that he should have been first in raping the 36-year-old Jacqueline Hamill.

The mayor said: “All the women there were raped in the first assault and they retreated, but the bodies the attackers used remained there, one of which was the body of an Australian lay minister. Tsk, this is a problem … . The body was brought outside and it was covered. I looked at her face, son of a b****…  she looked like a beautiful actress in the United States.”

“Son of a b****, what a waste. I was thinking that they raped her and lined up. I was angry because she was raped, that’s one thing. But she was so beautiful, the mayor should have been first, what a waste,” Duterte added, drawing laughs and cheers from the crowd.

The feisty mayor has drawn flak from his political rivals, Malacañang, the Australian ambassador to the Philippines and netizens.

Aside from Pascual, four Catholic bishops such as CBCP president and Lingayen-Dagupan Archbishop Socrates Villegas, Cebu Archbishop Jose Palma, retired Caloocan Bishop Deogracias Iñiguez and Archbishop Emeritus Oscar Cruz questioned the fitness of the tough-talking mayor to become the next highest official of the land after his gaffe.

On Tuesday, Duterte issued a statement apologizing for his remarks. He also vowed to protect women and children if elected president.

“I apologize to the Filipino people for my recent remarks in a rally. There was no intention of disrespecting our women and those who have been victims of this horrible crime.”

“Sometimes my mouth can get the better of me. However, I will not apologize for the things I’ve done to protect our people, especially the weak and defenseless, from crime,” he said in a statement.

The results of the latest ABS-CBN survey conducted by Pulse Asia released on Tuesday showed Duterte in first place with 32 percent. He is followed by erstwhile frontrunner Senator Grace Poe with 25 percent. RAM

Read Next
Duterte camp grateful for poll lead despite limited resources
EDITORS' PICK
Smart celebrates all kinds of ‘#SimplyLove’ for Pride Month
WATCH: INQside Look with Fil-Am actress Aina Dumlao
SWS: Over 12M Filipinos still jobless as of May 2021
SANTIS Delicatessen: The road to survival is sweet and savory
Smart brings KCON:TACT especially 4U to subscribers from June 19 to 27
Dizon: 40 of 119 ‘Build’ projects done by 2022
MOST READ
Landmark tale of corruption
Mayor vs mining ‘guilty of oppression’
William Martinez sometimes feels his kids ‘don’t remember’ him anymore
Spread of Delta variant ‘prevented’ –expert
Don't miss out on the latest news and information.