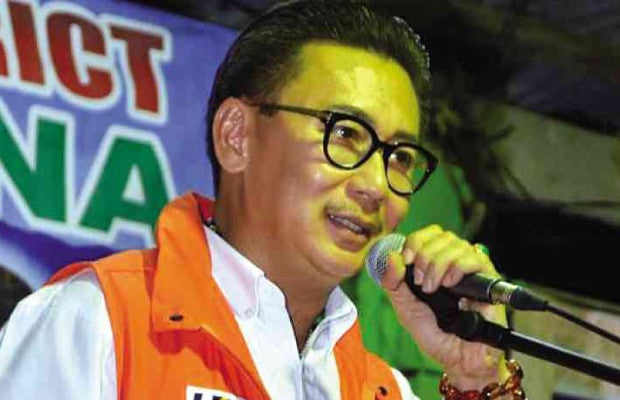 THE SANDIGANBAYAN on Monday ordered the arrest of former Laguna Gov. Jeorge “ER” Ejercito  after he failed to show up for his arraignment in a graft case involving an allegedly anomalous insurance deal when he was mayor of Pagsanjan town.

Ejercito’s lawyer, Leonardo Ragaza Jr., said the former governor failed to come since he had been confined in a hospital since Saturday due to “community acquired pneumonia.”

Another Ejercito lawyer, Antonio Jose Paz, submitted to the antigraft court a medical certificate that said he was confined at the Cardinal Santos Medical Center in San Juan City.

But the antigraft court’s three-member Fourth Division questioned the authenticity of the medical certificate.

Associate Justice Jose Hernandez, Fourth Division chair, noted that the medical certificate supposedly issued by the Cardinal Santos Medical Center clearly showed that the document was meant for “school or work purposes only.”

Besides ordering his arrest, Hernandez voided the P30,000 cash bond Ejercito had posted for his temporary freedom.

Ejercito’s campaign manager, Gener Dimaranan, said they were filing a motion of reconsideration of the Sandiganbayan’s arrest order.

The case against Ejercito and the others stemmed from an allegedly fraudulent 2008 contract the respondents entered into with First Rapids Care Ventures (FRCV), owned by Bruel, for the collection of insurance fees from boatmen and tourists visiting Pagsanjan Falls.

The Office of the Ombudsman said the contract was awarded to FRCV without a public bidding and the company was not authorized to sell insurance.  Marlon Ramos in Manila; Maricar Cinco, Inquirer Southern Luzon