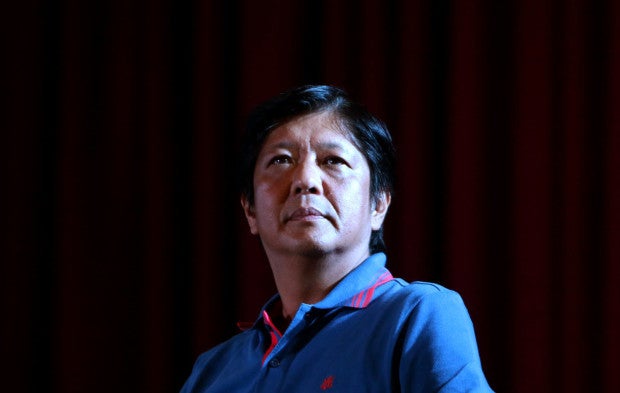 “We know that yun ang style ng kanyang pagsasalita (that is his style of talking). Kahit papano (Whatever it is) the sentiment behind it at the very least was inappropriate,” he told reporters on the sidelines of the commencement exercises at the Bulacan State University on Monday.

Duterte has drawn flak over a campaign rally video for making a joke out of an Australian lay missionary who was raped by inmates at a Davao police station cell in 1989.

“Son of a b****, what a waste. I was thinking that they raped her and lined up. I was angry because she was raped, that’s one thing. But she was so beautiful, the mayor should have been first. What a waste,” he said at a campaign rally.

The feisty mayor refused to apologize to anyone for what he said but that he was sorry for his “gutter language,” explaining that it was how men spoke.

The Davao mayor is currently the frontrunner in the presidential race, three weeks before the May 9 national elections.

Rivals of Duterte have expressed their outrage, saying that rape was not a laughing matter.

“I’m sure he has an explanation,” said Marcos, a friend of Duterte and who once courted him to be his running mate.

“You know one of the qualities I suppose he has is he doesn’t worry about political correctness but sometimes it is necessary to be sensitive to the plight of some of the victims of (violence),” he said. RAM