Election 2016: What bets plan for Caloocan

IN A SERIES leading to the May 9 elections, Inquirer Metro has asked mayoral candidates in Metro Manila about their plans to address three of the most pressing concerns that affect residents and nonresidents alike in their respective local government units.

On the traffic situation, they were asked to identify the main problem areas and how they intend to ease road congestion on these routes.

For peace and order, what would be their innovative ways to fight the drug menace and curb street crimes like robberies and killings perpetrated by motorcycle-riding assailants?

Regarding informal settlers, how are they solving their plight and where in the locality do they plan to focus?

In Caloocan, a city of 1.5 million with a voting population of 648,933, six contenders are vying for the top post at City Hall, two of them former mayors while the incumbent is seeking a second term. 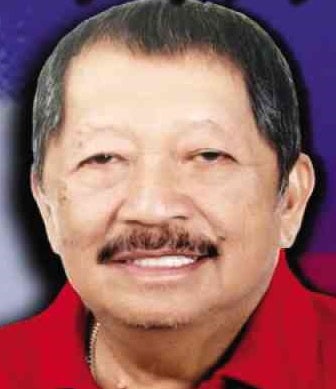 On traffic: The sheer volume of vehicles is just one of the causes of heavy traffic in the city. And even with the police and traffic enforcers deployed, the problem still can’t be solved if law enforcers themselves lack discipline.  I’ll make sure the traffic policeman assigned will be accountable and will do his job or I will have him replaced. Traffic management should be handled by local authorities with the participation of barangay officials.

The choke points in Caloocan are on Rizal Avenue-North Extension and Edsa-Monumento. When I was mayor, sidewalk vendors had a place to legally sell their products before the rush hour. After 6 a.m., sidewalks should be cleared.

On peace and order: We don’t have a problem concerning the safety and security of the residents in Caloocan; they are disciplined and they show respect toward local officials and the police. The law is respected and enforced.

Members of the Caloocan police should be held accountable and will be relieved if proven to be corrupt or inefficient.

On informal settlers: Citizens living in such conditions should be given priority by their leaders since they are the first to bear the brunt of poverty. During our time, our priority was to help informal settlers by giving them lots with the help of the NHA (National Housing Authority) and local officials during the administration of President Ferdinand Marcos and First Lady Imelda Marcos. Back then, the mayor picked the location of resettlement sites, which many Caloocan residents enjoy to this day. 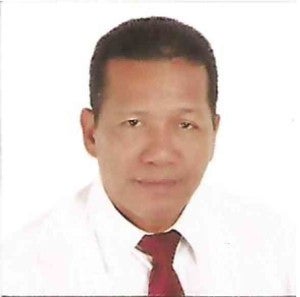 No parking on either side of the road from

On peace and order: Create a Barangay Police Academy. Train young “Barangay Police” officers in the proper apprehension of criminals, investigation, surveillance, traffic management, firefighting, marksmanship and self-defense. They should also be armed.

Issue a patrol jeep to each barangay. Set up checkpoints from 6 p.m. to 6 a.m. Install security cameras on all streets. Prohibit back riders on motorcycles.

Appoint street or block leaders who can monitor “new faces” in the neighborhood. Set up a 24/7 anticrime hotline.

Reward tipsters who can help in the arrest of wanted persons.

On informal settlers: Focus on Maypajo which is also the most flood-prone area in Caloocan. Set up as many pumping stations as possible.

Set up a Barangay Employment Assistance Center in each village; the staff will list down residents who are unemployed or unable to finish school (including senior citizens or persons with disabilities who can still work or study) and link them up with Tesda (Technical Education and Skills Development Authority) for livelihood training. On their behalf, the center can also inquire with companies within the city regarding job vacancies. 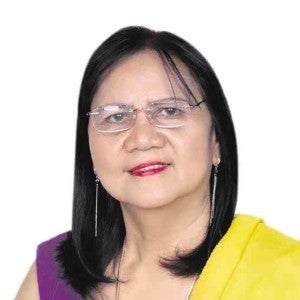 On traffic: Road conditions in Caloocan City are at their worst on Edsa, from Balintawak to Monumento Circle. There is a need for a redesign of the traffic flow on the inner roads for public utility vehicles such as jeepneys, UV Express and taxis, since most of the commuters are coming from the inner portions of the city and not Edsa. Along Samson Road to Sangandaan, road widening projects and the construction of a flyover connecting to C-4 are recommended.

On peace and order: A “sona” (a roundup of crime suspects) in identified areas should be done regularly.

Out-of-school youths should be given special assignments through a special task force in coordination with the barangays and police, with daily allowances to discourage them from joining criminal activities.

On informal settlers: A large number of informal settlers are in the 1st District, in the Bukid area (Camarin) and should be given priority by my administration. A Community Mortgage Program (CMP) will be established in areas where landowners are willing to sell lots long-occupied by informal settlers. For owners who don’t want to sell, expropriation is the proper procedure for the occupants to legally acquire the lots. 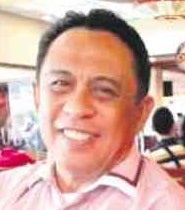 On traffic: The three major choke points are Monumento, Almar-Zabarte and Bagong Silang in Caloocan. I once supervised the Mandaluyong City traffic unit. The problem in Caloocan is that the law on jaywalking is not properly implemented, despite having road and sidewalk barriers. There are also no strict rules for sidewalk vendors. I will make sure the vendors will have a safe place to sell their goods. We should also dismantle illegal terminals and arrest their operators.

On informal settlers: I will build a seven-story tenement for the poor and homeless, just like in the time of President Diosdado Macapagal. There should also be a center or committee where people can borrow money for home construction or repairs. Will allocate funds for this or tie up with foundations. I am also poor that’s why I know what the poor need: decent housing.

On peace and order: The transformation should start from inside. I will pass a resolution that allows for the assignment of a spiritual leader in every barangay. People here are not afraid of the mayor, of guns, but I will teach them to have a real fear of God that changes people.

As a former policeman, I know how the crime system works. Some policemen get involved in drugs and will arrest even those who are not guilty because the justice system is a business. I will conduct surprise and mandatory drug tests on all members of the police. 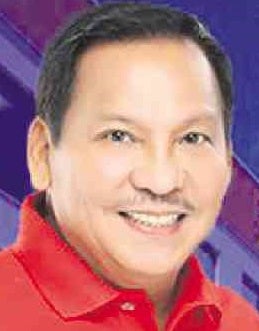 On traffic: Through proper planning and coordination, I shall maximize the use of secondary roads to ease congestion along major thoroughfares, clear them of all obstructions. Primary roads shall be installed with additional and modern traffic lights.

Traffic enforcers will also be more visible not just to apprehend but to guide, assist and serve as partners of motorists in ensuring smooth flow of traffic. Disciplined enforcers mean disciplined motorists.

Better road infrastructure. The construction, rehabilitation and repair of major thoroughfares will be a priority to ensure better traffic conditions and safety.

On peace and order: While the police remain vital in the battle against criminality, the barangay government, the community, including the Church, will greatly contribute in crime prevention.

Tapping citizens as crime watchdogs. We shall instill “malasakit” (concern) among residents by encouraging them to report suspected criminals to the PNP and other concerned agencies through a confidential reporting system. The city government will support this through free Wi-Fi services (to speed up communication). Monetary incentives will be given to individuals or groups.

The Church will have a major role in a moral reformation program. We shall encourage continuous counseling and antinarcotics seminars for the youth. Representatives from the city and church will target specific areas and provide seminars inculcating core family values.

On informal settlers: The Recom administration has provided housing units to some 11,000 previously informal settlers in the city. Through massive a housing program, we are able to implement in-city relocation for thousands of homeless families.

An efficient land use program is a key to implementing this. Our city still has vast tracts of land available, which may be used not just for housing but also for schools, markets, and business centers that can create jobs for target residents. 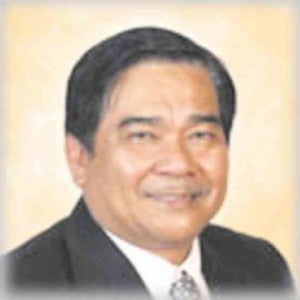 On traffic: For Sangandaan, we will strictly ban all pedicabs on major thoroughfares, especially Samson Road and Mabini Street.

Strictly enforce the no-parking rule on all vehicles; coordinate with building owners to allot a loading-unloading area on their parking frontage so that no lanes will be blocked when jeepneys stop.

Coordinate with SM, University of the East and Puregold to construct elevated pedestrian crossings on their frontages (will endorse this as tax credit to the Bureau of Internal Revenue).

On peace and order: In my first term in office, LED streetlights were installed in 84 kilometers of city roads. Street crimes drastically went down and we were cited as the Most Peaceful City in Metro Manila for two consecutive years (2014-15) with the lowest crime index per 100,000 population.

We installed more CCTV cameras and created the Special Task Force group to augment the police force in patrolling the barangays.

PNP members got their mission orders and patrol duties from barangay chairs, who are more knowledgeable about crime hot spots and critical areas than the policemen.

We relieved the entire command of the Caloocan PNP antidrugs unit and replaced it with fresh recruits. Seasonal rotation of unit assignments was enforced to deter connivance between officers and syndicates.

For my second term, we will declare an all-out war against drug pushers and drug syndicates, put up a rehabilitation center for drug victims, and institute a reward system for informants. We will strengthen the Caloocan Anti-Drug Abuse Council to initiate proactive projects in all schools (reading materials, writing contests on the evils of drugs; sports fests).

Require barangays to show proof of additional CCTV installations and a working recording system before their shares of the IRA (Internal Revenue Allotment) are released.

We also constructed 2,500 units of townhouse-style residences in Pandi, Bulacan, for informal settlers in government-owned properties. More than 1,000 families have been relocated from the PNR (Philippine National Railways) properties affected by the NLEx-Port Area connector highway project.

In my second term, we will construct more housing projects (in-city, rent-to-own midrises), coordinate with PNR to award the titles to those who have already completely paid their amortization, and invite low-cost housing developers to invest in the city.

We will encourage business owners to put up dormitories for employees to cut the number of people commuting daily, enable employees to increase their savings, and reduce the “room for rent” density in areas near factories and businesses.

Do a feasibility study on a Rapid Bus Transit system linking North and South Caloocan. Such a system will encourage people to live in North Caloocan, which still has vast empty spaces, while decongesting the South which has no more available space for future development.