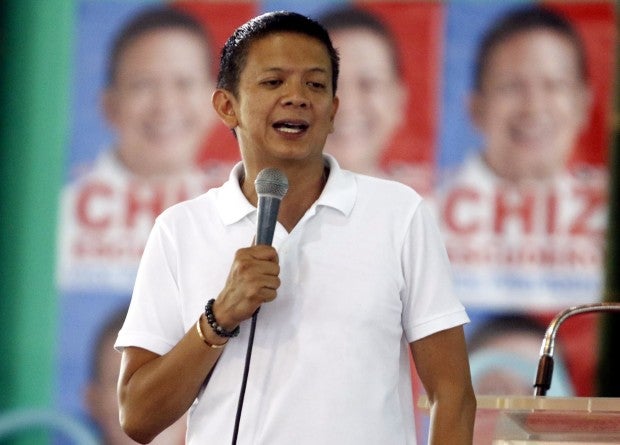 Escudero said relieving the top-ranking police officials of their duties is called for pending the outcome of a thorough investigation into possible violation of laws on electioneering or partisan political activity.

“The [PNP] shall play a crucial role in the upcoming 2016 elections. We cannot permit a dodgy incident like the encounter of the four police generals to overshadow the integrity and credibility of the forthcoming May 9, 2016 elections,”  he said in his letter-complaint to  the PNP chief.

“Unscrupulous police officers bent on exercising partisan political activity for personal gain and self-aggrandizement have no place in the [PNP],” he added.

Escudero said the meeting, which happened at a hotel in Quezon City last April 2, was “obviously a partisan political activity.”

“Clearly, their actions undermine the series of internal reforms you have done to professionalize the police force and to strengthen the public trust it has achieved under your stead,”  he said.

As a noble profession, he said, the police service “demands not only a specialized knowledge and skills but a high standard of ethics and morality.”

“PNP members should inhibit themselves from soliciting political patronage on matters pertaining to assignments, awards and promotions. Its officers must set good examples for the other members to follow.”

Escudero reminded Marquez that the 1987 Constitution “clearly prohibits any officer or employee in the civil service to engage, directly or indirectly, in any electioneering or partisan political campaign.”

He also cited a similar provision in the Civil Service Law which bars officers and employees in the civil service to engage directly or indirectly in partisan political activities or take part in any election except to vote.

The Omnibus Election Code, he said, also provides that “any officers or employee in the civil service, except those holding political offices; any officer, employee or member of the Armed Forces of the Philippines, or any police force, special forces, home defense forces, barangay self-defend units and all other para-military units… who, directly or indirectly, intervenes in any election campaign or engages in any partisan political activity, except to vote to preserve public order, if he is a peace officer shall be guilty of an election offense.”

Under Section 264 of the Omnibus Election Code,  election offense is punishable by a jail term of not less than one year but not more than six years without probation, as well as perpetual disqualification from holding public office and deprivation of the right to suffrage.

“Mindful of these constitutional and statutory provisions, all the members of the [PNP] were ordered to remain apolitical,” said Escudero.

“Ironically, gauging from the news reports, it would appear that the high-ranking officers of the police force, specifically the four generals identified were the first to disobey your orders and violate the mandate of the constitutional and statutory provisions cited above,” he added.